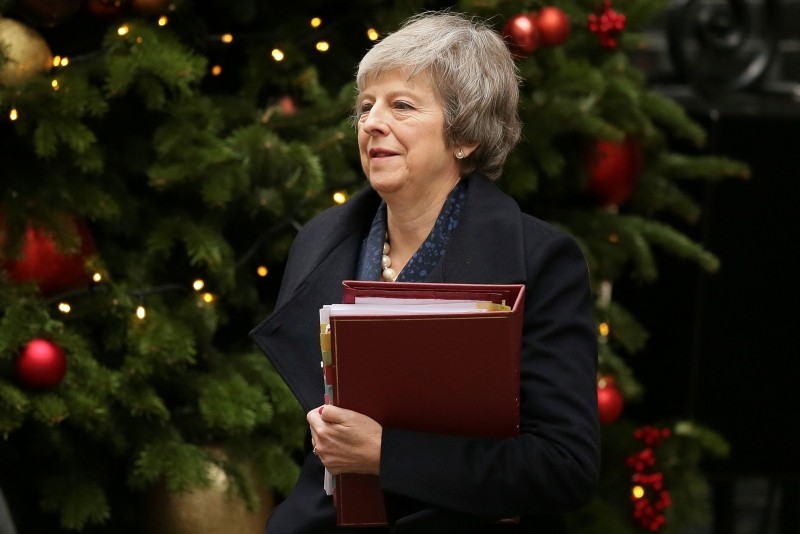 Theresa May, the embattled Prime Minister of the U.K., survived a confidence vote late Wednesday to keep her seat amid all the Brexit chaos.

With 200 votes in favor of her and 117 against, the premier has now guaranteed to remain in the post.

Conservative Party MPs in Britain began two hours of voting earlier in the same day on a no-confidence motion in May, initiated by anti-EU lawmakers opposed to her Brexit plan.

The British leader, who earlier vowed to fight "with everything I've got", needed a majority of her MPs -- 159 -- to back her in the vote to remain in Downing Street.

May vowed to fight for the leadership of her party and the country, and spent the day holed up in the House of Commons trying to win over enough lawmakers to secure victory.

"A change of leadership in the Conservative Party now will put our country's future at risk," May said in a defiant statement outside 10 Downing St.

She said that ousting her and holding a leadership vote a process that could take weeks could result in Brexit being delayed or even halted. May, who spent Tuesday touring European Union capitals to appeal for changes to sweeten her divorce deal for reluctant U.K. lawmakers, has until Jan. 21 to hold a vote on the agreement in Parliament, a timetable that could be scuttled if she is replaced.

In a bid to win over wavering lawmakers, May indicated she would step down before the next election, due in 2022.