Robot shown on Russian TV revealed to be man in costume 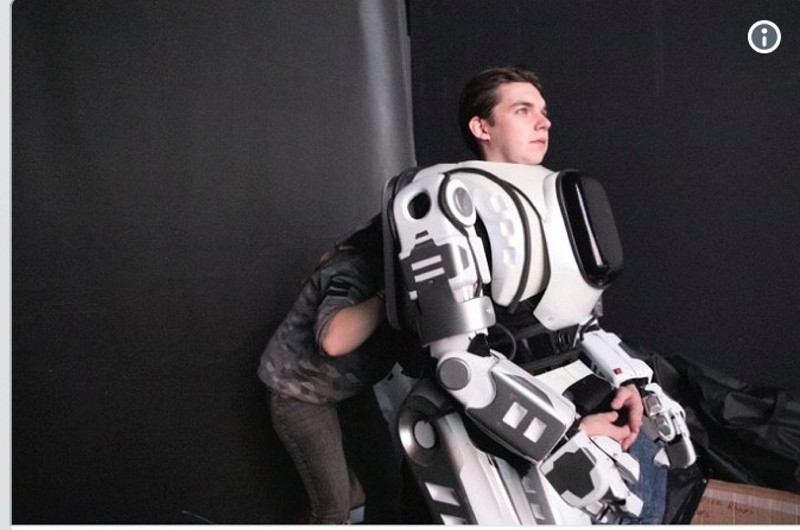 A "state-of-the-art" robot that appeared in a report on Russia's main TV news channel was revealed by internet users on Wednesday to be a man in a costume.

The Rossiya 24 rolling news channel on Tuesday broadcast footage of what it presented as a dancing, singing robot at a technology forum for school pupils.

"At the forum there's the opportunity to see state-of-the-art robots," the presenter said as the apparent automaton danced on stage.

But images shared online from backstage at the event clearly showed a human inside a robot outfit, through a gap between a bodysuit and a headpiece.

"I'm good at maths but now I want to study art and musical composition," the robot said in a metallic voice as lights on its face flash different colours, the report showed.

"Boris the Robot has already learned to dance, and not badly at that," the reporter said.

Bloggers found the Robot Show website where the "Alyosha Robot" suit, identical to that shown in the news clip, can be purchased.

Late Wednesday, after the clip went viral, Rossiya 24 broadcast an interview with the journalist who made the original report.

"I was absolutely sure everyone would realise it was a costume, like Santa Claus, that this was a project created for children," he said.