UK Conservatives trigger no confidence vote in PM May 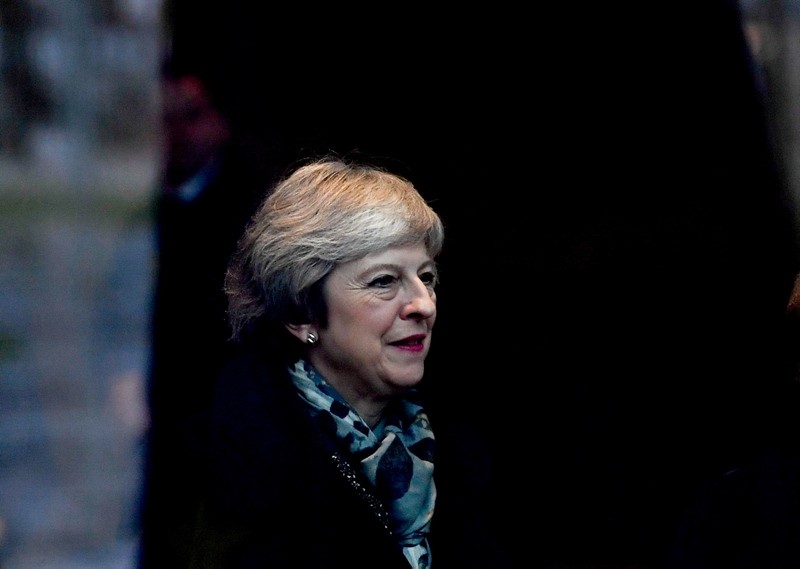 British Prime Minister Theresa May walks together with German Chancellor Angela Merkel (unseen) at the Chancellery in Berlin, Germany, 11 December 2018. (EPA Photo)
by Compiled from Wire Services Dec 12, 2018 12:00 am

Lawmakers in British Prime Minister Theresa May's Conservative Party on Wednesday triggered a confidence vote in her leadership after Britain's planned divorce from the European Union was plunged into chaos.

With less than four months left until the United Kingdom is due to exit on March 29, the world's fifth largest economy was tipping towards crisis, opening up the prospect of a disorderly no-deal divorce or a reversal of Brexit through a referendum.

Graham Brady, the chairman of the party's so-called 1922 committee, said the threshold of 15 percent of the parliamentary Conservative Party seeking a confidence vote had been reached.

"The threshold of 15 percent of the parliamentary party seeking a vote of confidence in the leader of the Conservative Party has been exceeded," Brady said.

A ballot will be held between 6 p.m. and 8 p.m. on Wednesday in a room at the House of Commons and an announcement made as soon as possible afterward, he said.

"The votes will be counted immediately afterward and an announcement will be made a soon as possible in the evening," Brady said.

At least 75 Conservative Party lawmakers expressed support for May on Wednesday, based on public statements in the media and social media.

The prime minister said she would fight a vote of no confidence in her leadership of the Conservative Party later on Wednesday with "everything I have got."

Speaking outside her Downing Street office, she said a change of leadership would put Britain's future at risk and jeopardize Brexit negotiations.

She said that she believes a deal with the EU is attainable and it is within Britain's grasp, adding that any new leader would have to extend the March 29 deadline for Britain's exit from the European Union.

"A new leader wouldn't be in place by Jan. 21 legal deadline, so a leadership election risks handing control of the Brexit negotiations to opposition MPs in Parliament," May said.

"A new leader wouldn't have time to re-negotiate a withdrawal agreement and get the legislation through Parliament by March 29, so one of their first acts would have to be extending or rescinding Article 50, delaying or even stopping Brexit when people want us to get on with it," she said.

May added that the vote would only serve the Labour Party and its leader Jeremy Corbyn.

Brexit is Britain's most significant political and economic decision since World War Two though pro-Europeans fear it will divide the West as it grapples with the presidency of Donald Trump and growing assertiveness from Russia and China.

The ultimate outcome will shape Britain's $2.8 trillion economy, have far-reaching consequences for the unity of the United Kingdom and determine whether London can keep its place as one of the top two global financial centers.

If May loses the vote, she must resign and a party leadership contest is held in which she is barred from running. All other Conservative lawmakers can run.

Conservative leadership contests have two parts. After candidates come forward, Conservative lawmakers vote first. The candidate with the lowest number of votes drops out and voting continues until there are two contenders left.

The final two candidates are put to a vote of the full party membership across the country.

In the last leadership contest in 2016, members never got to vote because all the candidates dropped out but one: May.

May remains prime minister and party leader until a replacement is chosen. The winner of the vote becomes Conservative leader and prime minister, without the need for a national election.