UK to prepare for 'no-deal' Brexit with 3,500 troops on standby for 'distruptions' 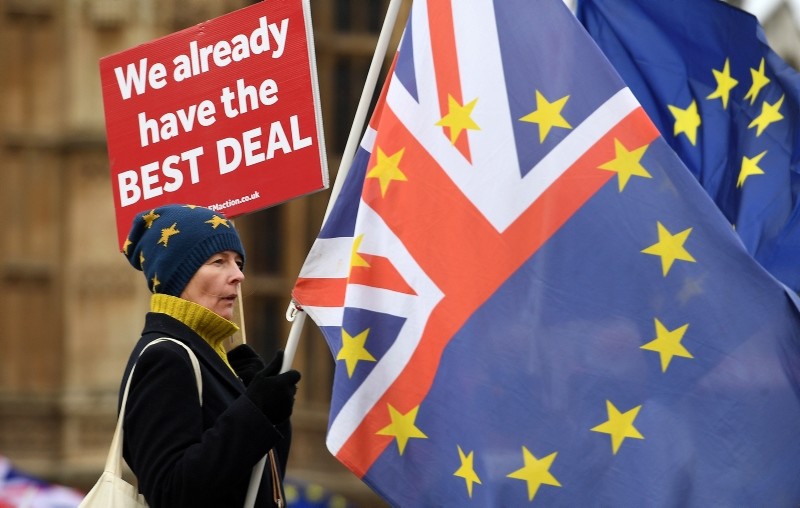 The British government said on Tuesday it would implement plans for a no-deal Brexit in full and begin telling businesses and citizens to prepare for the risk of leaving the European Union without an agreement.

Those plans include setting aside space on ferries to ensure a regular flow of medical supplies and keeping 3,500 armed forces personnel ready to support the government with its contingency plans.

With just over 100 days until Britain is due to leave the EU, Prime Minister Theresa May is yet to win the support of a deeply divided parliament for the deal she struck last month with Brussels to maintain close ties with the bloc.

She has said a delayed vote on her deal will take place in mid-January, prompting some lawmakers to accuse her of trying to force parliament into backing her by running down the clock as the March 29 exit day approaches.

No deal means there would be no transition so the exit would be abrupt, the nightmare scenario for international businesses and the dream of hard Brexiteers who want a decisive split.

May, who last week survived a confidence vote in her Conservative Party, has warned lawmakers that the alternatives to her deal are leaving without an agreement or no Brexit.

Her spokesman said while the government's priority remained leaving with a deal, which was the most likely scenario, it would now implement its no-deal plans "in full".

"Cabinet agreed ... we have now reached the point where we need to ramp up these preparations. This means we will now set in motion the remaining elements of our no deal plans," he said.

"Cabinet also agreed to recommend businesses now also ensure they are similarly prepared, enacting their own no-deal plans as they judge necessary. Citizens should also prepare," he added, saying that after no-deal guidance issued earlier this year, further detailed advice would be published soon.

The opposition Labour Party's Brexit spokesman Keir Starmer said the government was "running down the clock".

"No deal has never truly been a viable option, it is a political hoax, and deep down I think the government and this prime minister knows it," he told parliament.

Earlier this month, finance minister Philip Hammond said he had made more than 4.2 billion pounds ($5.3 billion) available for Brexit planning since the 2016 referendum and would be allocating a further 2 billion pounds to government departments.

Britain's economy has slowed since the 2016 Brexit vote and there is no guarantee that businesses and consumers will retain tariff-free access to EU goods after leaving the bloc.

The British Chambers of Commerce forecast on Tuesday that economic growth this year and in 2019 looks set to be the weakest since Britain emerged from recession in 2009, due to a freeze in business investment and weak consumer demand ahead of Brexit.

Parliament is at an impasse over Brexit, with factions pressing for different options for future ties, leaving without a deal or remaining in the EU.

May is seeking assurances from the EU over the so-called Northern Irish "backstop" - an insurance policy to prevent the return of a hard border between the British province and EU-member Ireland that its critics fear will trap Britain in a customs union with the EU indefinitely.

With the EU unlikely to offer concessions that would win over lawmakers and May repeatedly ruling out a second referendum, the risk of a no-deal has increased, a scenario that some businesses fear would be catastrophic for the world's fifth largest economy.

British ferry and shipping freight operator P&O is reviewing its UK-registered fleet and is re-flagging two vessels to keep EU tax arrangements ahead of Brexit, the company said.

Mike Amey, head of sterling portfolios at fund management giant PIMCO, said there was "low probability" of no-deal as there was not a majority of lawmakers who would accept it.

Britain would be more likely to extend or revoke its Article 50 notice to leave the EU, he said. May has so far ruled out doing either.

The pound rose further away from 20-month lows on Tuesday, helped by a weaker dollar and hopes that May could avoid a no-deal Brexit.