Greek police use teargas against protesting teachers in Athens 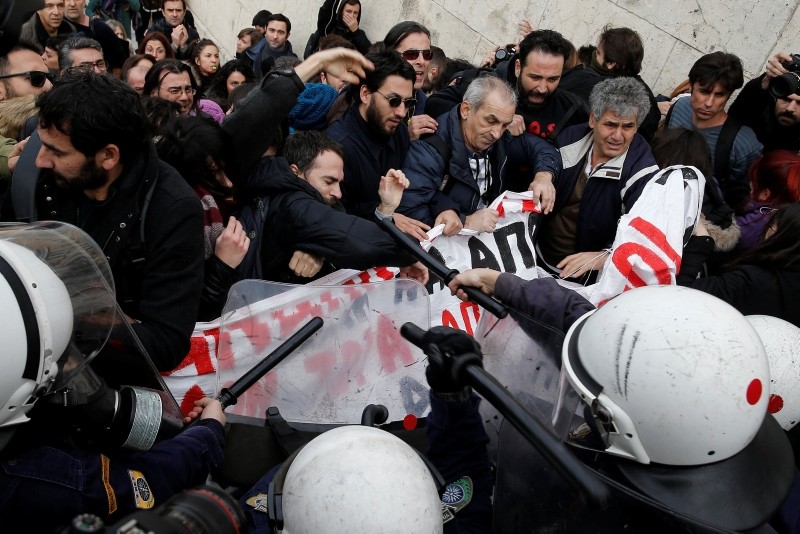 Greek school teachers scuffle with riot police during a demonstration in front of the parliament building against government plans to change hiring procedures in the public sector in Athens, Greece, January 11, 2019. (Reuters Photo=
by Jan 26, 2019 3:39 pm

Greek police on Friday fired teargas to disperse hundreds of teachers protesting against government plans to change hiring procedures in the public sector.

About 2,000 protesters, most of them with the Communist affiliated group PAME, marched through central Athens waving red flags and chanting slogans against an education ministry bill currently under public consultation.

They unfurled a banner reading: "Take the monstrous bill back".

Police clashed with some of the protesters outside parliament and fired teargas at a group that tried to reach the prime minister's office.

Greece froze hirings in the public sector during its protracted debt crisis which began in late 2009. The country's third international bailout since 2010 expired in August.

Teachers' unions say state schools are under-staffed and are demanding the creation of more permanent jobs for teachers.