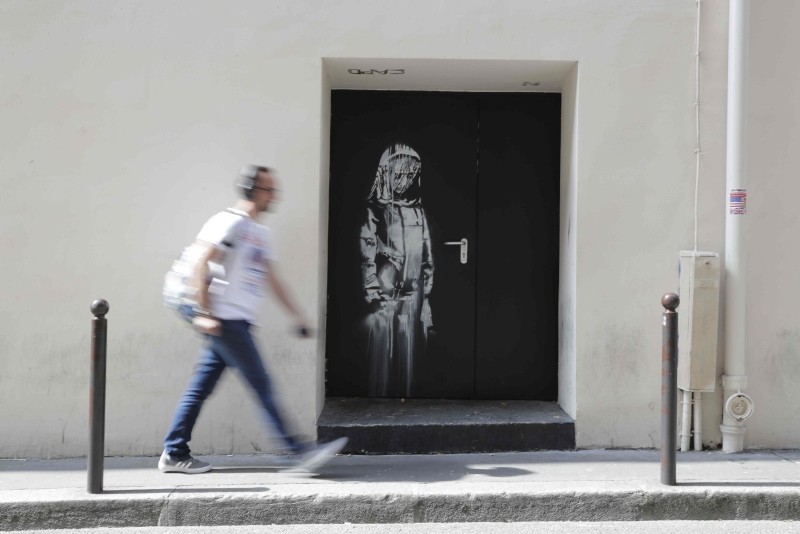 A painting in homage to terror victims by famous street artist Banksy has been stolen from the Bataclan concert hall in Paris, where 90 people were killed in 2015 in a terrorist attack.

The white stenciled oeuvre showing a sad-faced girl on one of the emergency doors of the famed Parisian venue was cut out and taken away.

"Banksy's work, a symbol of recollection and belonging to all: locals, Parisians, citizens of the world has been taken from us," the establishment said, stressing the staff's "deep indignation."

A source close to the investigation told LCI television that "a group of hooded individuals armed with angle grinders cut the painting and took it away in a truck" on the night of Friday to Saturday.

This work along with other similarly-themed paintings popped up in Paris last June and has been attributed to the reclusive British street artist.

Banksy, whose identity is known to only a handful of friends, caused a sensation in October when one of his paintings began shredding itself, just after selling for $1.4 million (1.2 million euros).