5 people, including 4 children die after house fire in Germany 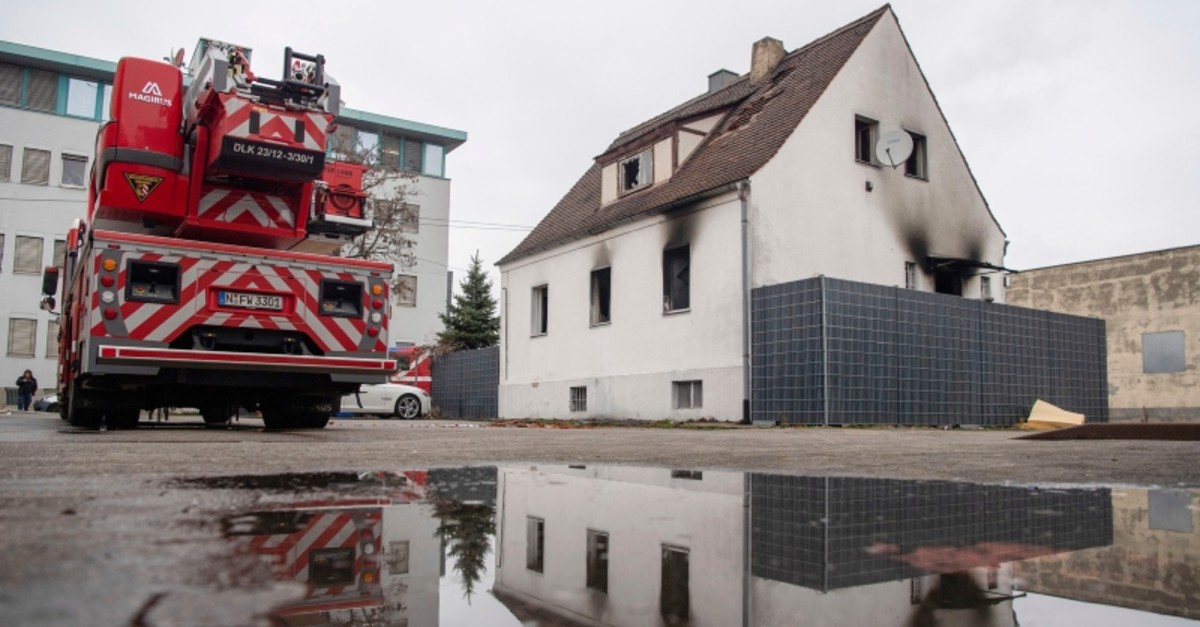 A fire truck stands in front of a house damaged by a fire in Nuremberg, Germany, March 2, 2019. Four children an a woman were killed by the fire (AP Photo)
by Compiled from Wire Services Mar 02, 2019 4:55 pm

German firefighters say that five people, including four children, have been killed after a blaze ripped through their home in the southern city of Nuremberg.

Firefighters told the dpa news agency they received an emergency call at 3 a.m. (0200 GMT) Saturday and when they arrived at the scene of the single-family home, half of the ground floor was already fully engulfed in flames.

Four adults were able to flee the burning building and were hospitalized with non-life threatening injuries. Firefighters say a baby, three other children whose ages were 4, 5, and 7, and a 34-year-old woman who were upstairs, were killed.

All the other survivors managed to escape the building on their own but were in serious condition. However, police said none of their lives seemed to be in danger.

It took hours for crews to extinguish the blaze. They have not yet been able to determine what started the fire.

"We have no indication of arson at this time, but we are investigating in all directions," said the police spokeswoman.

The cause of the blaze is under investigation.