Brexiteer arrested after throwing egg at Corbyn during mosque visit 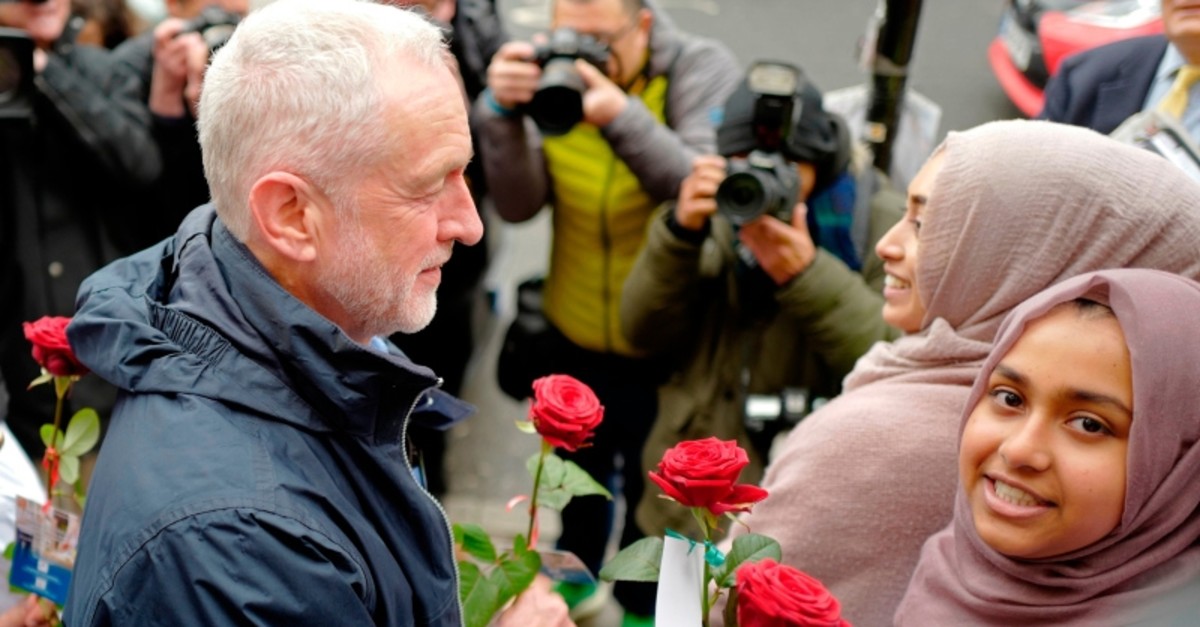 Opposition Labour Party leader Jeremy Corbyn holds a rose as he arrives at Finsbury Park mosque to mark national 'Visit my Mosque Day' in London on March 3, 2019. (AFP Photo)
by Mar 03, 2019 12:00 am

A man was arrested after British opposition Labour leader Jeremy Corbyn was hit by an egg while on a visit in his north London constituency on Sunday, media reported.

A Labour Party source said Corbyn was visiting a mosque and Muslim welfare centre on Sunday and was unharmed.

The Metropolitan Police said a Member of Parliament had been struck by an egg on Sunday afternoon.

"A 41-year-old man was quickly detained by officers on scene and arrested on suspicion of assault. He is currently in custody at a north London police station," it said in a statement.

British media reported the arrested man was a pro-Brexit campaigner.

On Thursday, Corbyn said Labour would back a new referendum on Brexit after parliament defeated its alternative plan for leaving the European Union.