Hundreds of thousands march against racism in Italy's Milan 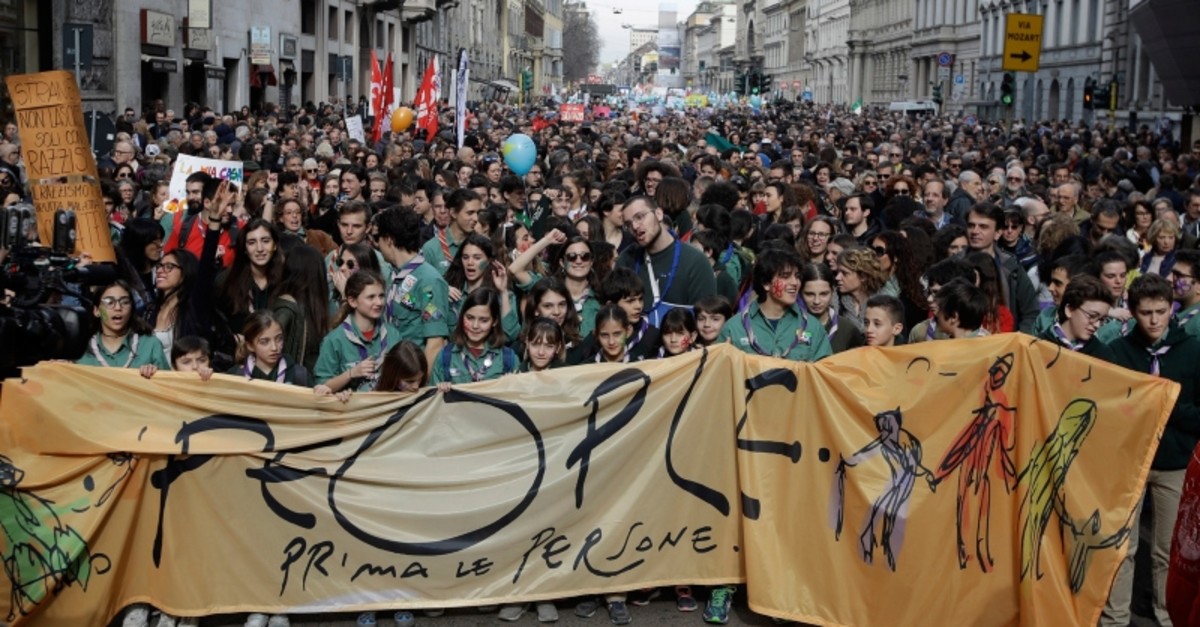 Hundreds of thousands of people have marched in Italy's financial capital against policies by the populist government that they say promote racism.

The Milan city official in charge of migrant policy, Pierfrancesco Majorino, put the number of marchers under the banner "People First" at 200,000.

He wrote on Twitter: "Salvini, count us," aimed at League leader Matteo Salvini, who as interior minister has blocked the arrival in Italy of humanitarian ships that have rescued migrants fleeing Libya.

Milan Mayor Guiseppe Sala said the protest was a "powerful political testimonial that Italy is not just the country that it is currently being described as."

The demonstration, which finished in front of the Duomo cathedral, had a festival mood with bongo drums, trumpets and DJ music.

The head of the CGIL labor confederation, Maurizio Landini, said Italy's government "is promoting the wrong policies, and is not fighting the inequalities."