2 universities in the UK evacuated over suspicious packages 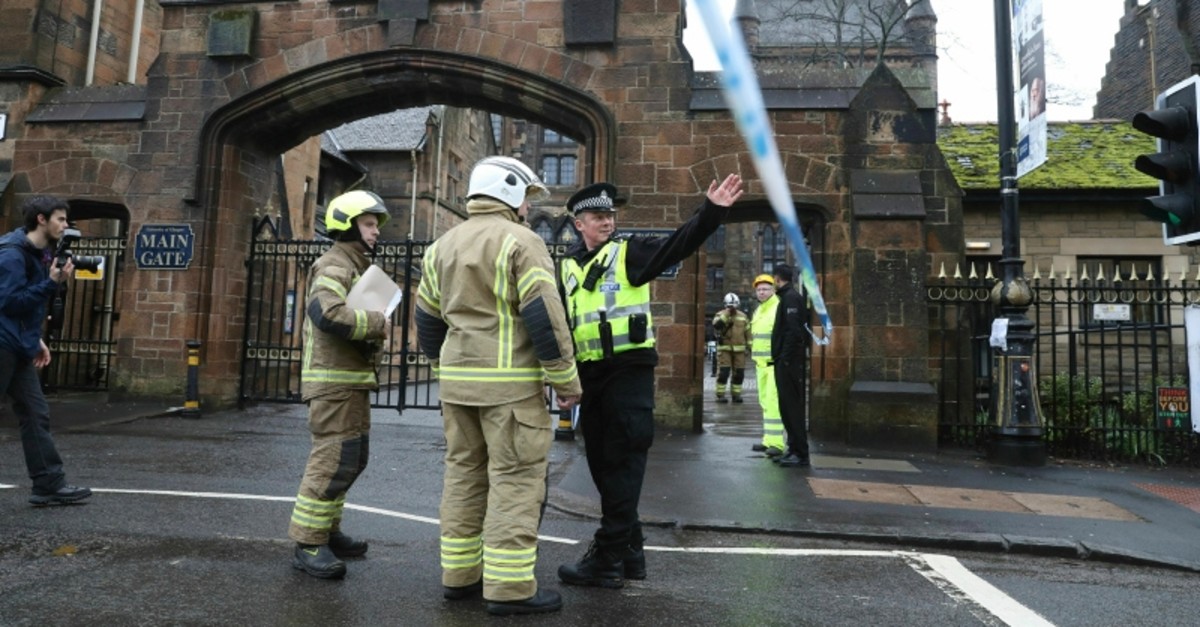 Police and fire services outside the University of Glasgow after the building was evacuated when a suspect package was found in the mailroom, in Glasgow, Scotland, Wednesday March 6, 2019. (AP Photo)
by Compiled from Wire Services Mar 06, 2019 9:26 pm

Police evacuated buildings at two British universities on Wednesday after receiving reports of suspicious packages, a day after parcel bombs were sent to two airports and London's busiest train station.

In Scotland, the University of Glasgow said several buildings had been shut and classes cancelled after a suspicious package was found in the mailroom.

Scottish police said military experts carried out a controlled explosion of a suspicious package in a mailroom at the University of Glasgow.

"The package was not opened and no one was injured," Assistant Chief Constable Steve Johnson said in a statement. He said there was "no ongoing risk to the public."

"Police Scotland is liaising with the Metropolitan Police in relation to their investigation into packages received in London yesterday," Johnson said, adding that it was "too early to say whether there is a link."

The university said all buildings except for the mailroom were reopened later Wednesday.

"Following an investigation we have established that the package posed no risk to the public," it said, without giving details of the package.

The University of Essex confirmed that all buildings at its Colchester Campus reopened later.

Police Scotland said another scare at the Royal Bank of Scotland headquarters in Edinburgh, which prompted a brief evacuation of the building, was caused by a package that "posed no risk to the public and contained promotional goods."

"We are pursuing a number of lines of enquiry. One such line is the possibility that the packages have come from Ireland," Commander Clarke Jarrett, head of the force's counterterrorism command, said in a statement on Wednesday.

Irish police said late on Tuesday that they were "assisting the Metropolitan police with their enquiries."

Jarrett said the force had circulated images of the three packages to staff at other transport hubs and mail-handling companies "to aid them in identifying similar packages."

One package was opened by staff at a Heathrow office building, causing a device to ignite and burn part of the packaging, but no one was injured.