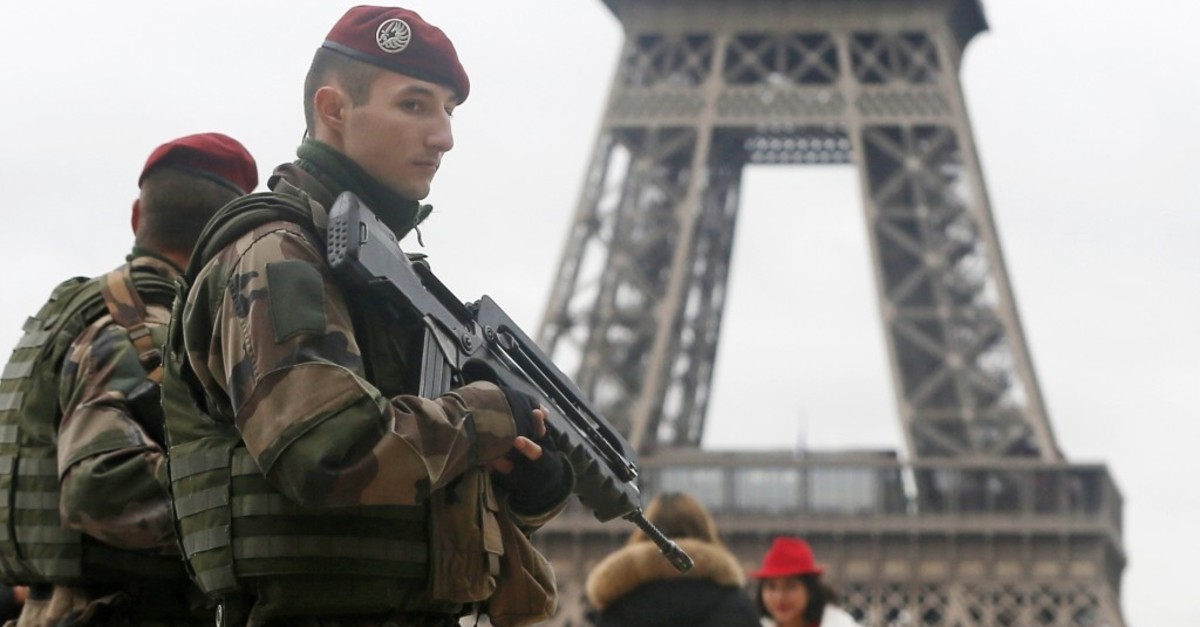 French soldiers will be deployed Saturday to help guard public buildings, allowing police to focus on dealing with "yellow vest" demonstrators in case of renewed violence in Paris and other cities, the government said Wednesday.

It was announced separately that Prime Minister Edouard Philippe had decided to put off a planned overseas trip to French Guiana at the weekend to be on hand at home.

"Given the special situation concerning public order, the premier decided to postpone his visit," his office said.

Last Saturday, more than 5,000 police officers failed to stop hundreds of violent protesters from rampaging along the Champs-Elysees, burning and looting over 100 businesses in disturbances that lasted more than seven hours.

Government spokesman Benjamin Griveaux said earlier that the troops will be redeployed from the "Sentinelle" anti-terror operation, which patrols streets and protects airports, train stations, places of worship and other sites.

This will allow police forces to "concentrate on crowd control, along with maintaining law and order," he said.

Two other top police officials, including one of Delpuech's aides, will also be removed from their positions, government sources told AFP.

The deployment of troops is intended to allow riot police to engage more aggressively with the far-left and far-right groups as well as anarchists who have been blamed for much of the violence.

But some police unions have warned that maintaining law and order was not the role of a soldier.

"I'm worried about how they'll respond in case of attack," said Philippe Capon of the Unsa-Police union.

Troops were originally deployed on the streets in January 2015 after the jihadist massacre at the Charlie Hebdo magazine, and their patrols have become a regular sight in Paris and other cities.

The government has also announced plans to outlaw protests along the famed Champs-Elysees and other key areas if hooligans once again infiltrate the "yellow vest" demonstrations, which have taken place every Saturday since mid-November.