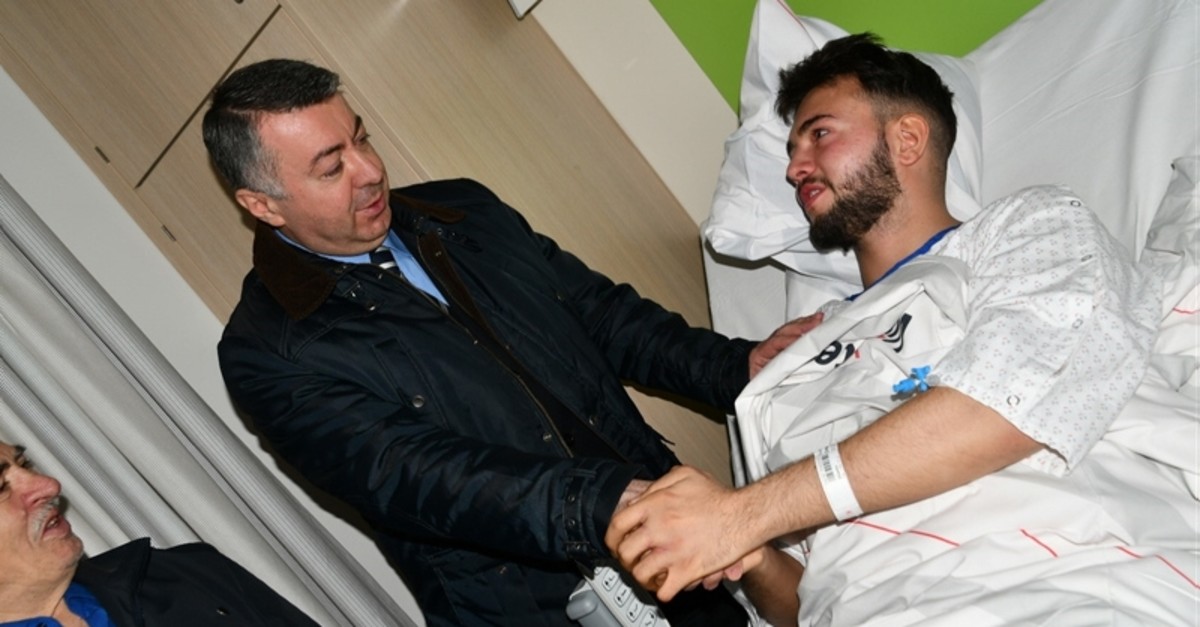 A Turkish national on Wednesday rescued three people from a burning building in the German capital Berlin.

Burak Kadir Onay was returning home from work when he noticed the fire that had broken out in a building in the Neukölln district. The 20-year-old first alerted nearby residents to the fire and then went inside the building to help people out.

German police said that after rescuing three people, Onay passed out due to smoke while trying to help a fourth person.

Two residents died in the incident and 15 others were taken to the hospital.

Onay is reportedly in good health after receiving treatment at a hospital.

Mustafa Çelik, Turkey's consul general to Berlin, paid a visit to Onay at the hospital to praise him for his heroic action.