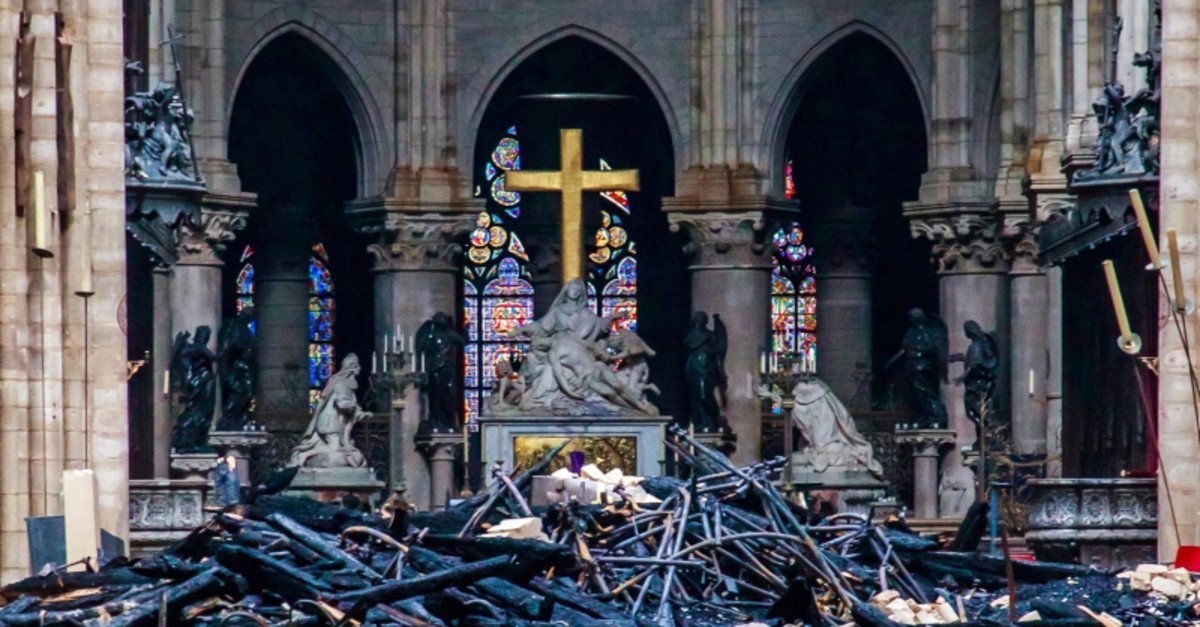 French President Emmanuel Macron vowed Tuesday to rebuild Notre Dame Cathedral "within five years," after a fire that toppled the steeple of the 850-year-old landmark and caused major damage to the roof.

"We will rebuild the cathedral even more beautifully and I want it to be finished within five years," Macron said in a televised address to the nation a day after the blaze. "And we can do it."

But he also warned: "Let us not fall into the trap of haste."

Macron said that the dramatic fire had brought out the best in a country that has been riven with divisions.

"What we saw last night in Paris was our capacity to mobilise and to unite," the 41-year-old leader said in the solemn address from his office in the presidential palace.

France had over the course of its history seen many towns, ports and churches go up in flames, he said.

"Each time we rebuilt them," he said, adding that the cathedral inferno had shown that "our history never stops and that we will always have trials to overcome."

Meanwhile, nearly $1 billion have already poured in from ordinary worshippers and high-powered magnates around the world to restore Notre Dame Cathedral.

Construction teams brought in a huge crane and a delivery of planks of wood to the site Wednesday morning.

Presidential cultural heritage envoy Stephane Bern told broadcaster France-Info on Wednesday that 880 million euros ($995 million) has been raised so far. Contributors include Apple and magnates who own L'Oreal, Chanel and Dior, as well as Catholics and others from around France and the world.

Authorities consider the fire an accident.