Another 2 corpses discovered in Germany in mysterious crossbow killings 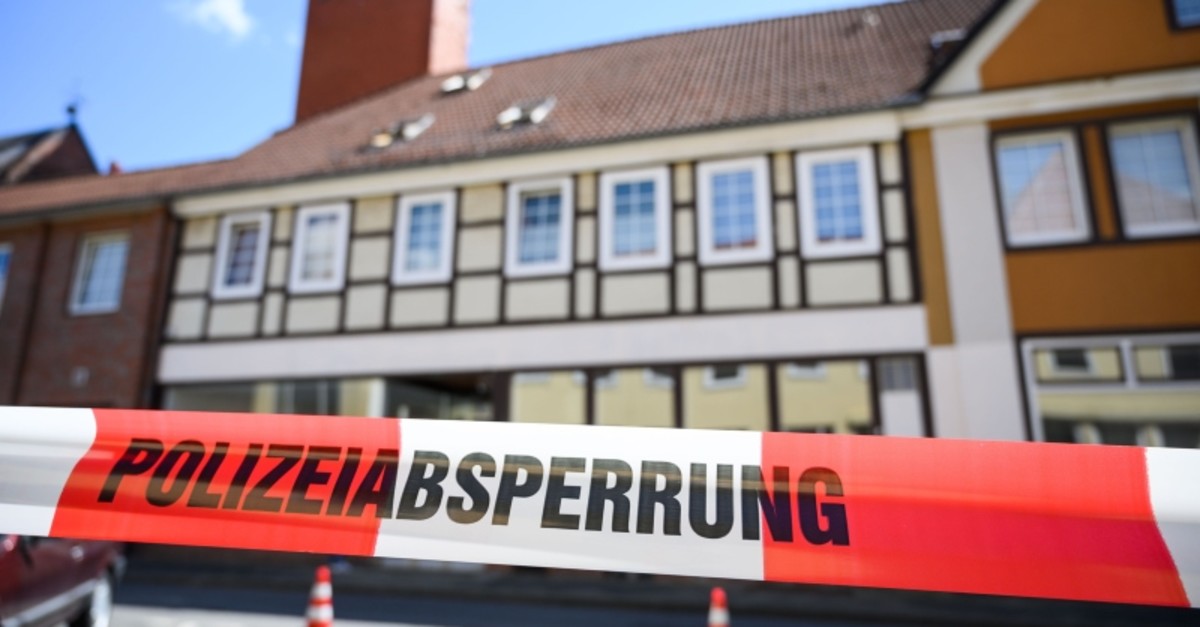 A house is cordoned off in Wittingen, northern Germany, where two bodies were found on May 13, 2019 during investigations into the deaths of three people discovered in a Bavarian hotel room and killed by crossbow bolts. (AFP Photo)
by May 13, 2019 9:56 pm

German police said Monday two more female bodies had been found during investigations into the deaths of three people discovered in a Bavarian hotel room and killed by crossbow bolts.

The latest macabre finds were uncovered in the north German town of Wittingen, while detectives probed the mysterious deaths of a man and two women discovered over the weekend in the Bavarian town of Passau, close to the Austrian border.

The two crime scenes are around 660 kilometers (410 miles) apart at opposite ends of Germany.

Police made the latest discovery of two female bodies when they went to the home of one of the women discovered dead in the hotel room in Passau.

A police spokesperson confirmed that the two corpses in Wittingen, Lower Saxony, had not been killed by crossbow bolts, "the modus operandi cannot be compared".

"Further details and identities of the two women are still unknown - possible connections to the dead found in Passau are currently the subject of investigations," added police in a statement.

Forensic police officers were combing both crime scenes on Monday for clues.

Hotel staff in Passau had on Saturday discovered the three dead Germans in their room around noon alongside two crossbows.

A third crossbow was later found packed inside a bag, police said.

Local media reported that the man and the 33-year-old woman were found dead in bed holding hands, with bolts in their heads and chests.

The other woman was lying on the floor with a bolt in her chest.

Reports said the three had arrived Friday from different parts of Germany and had all checked in without luggage.

The man, who was dressed in a suit had a long, white beard, while the two women were dressed in black, witnesses told German daily Bild.

Police were also inspecting a pick-up truck on Monday, reportedly belonging to one of the deceased, which had an archery logo stuck on it.

One of the women had booked the triple room for 85 euros a night, without breakfast, for three nights.

"It was a strange group," a guest recalled, according to the newspaper Bild.

They had all wished a "good evening", taken glasses of soft drink and water, and then disappeared into the second-floor room as rain fell outside.

Police said the town's prosecutor had ordered autopsies which aimed to ascertain the cause and circumstances of the deaths.

Initial results from the post-mortem investigations were expected by Tuesday morning, police said.

According to a spokesman for the German Shooting Federation in Wiesbaden, anyone over the age of 18 can purchase a crossbow in Germany, the news agency DPA reported.