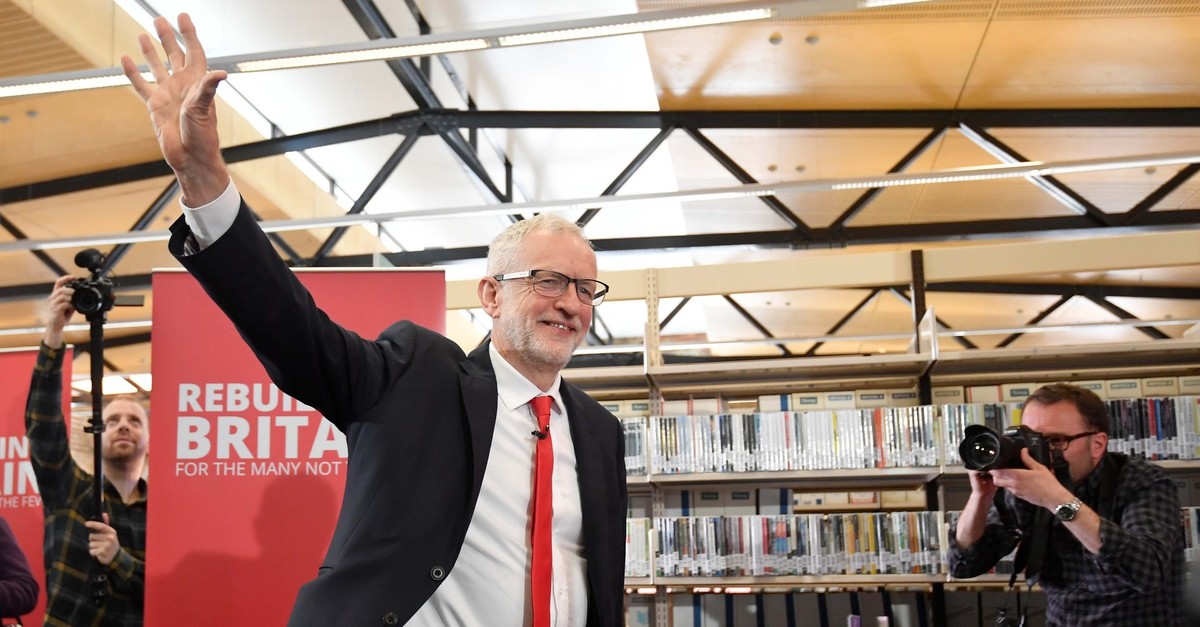 Talks between Britain's Conservative government and the opposition Labour Party seeking a compromise over Brexit broke down without agreement Friday, plunging the country back into a morass of uncertainty over its departure from the European Union.

Nearly three years after the United Kingdom voted 52% to 48% in a referendum to leave the EU, it is still unclear how, when or if it will ever leave the European club it joined in 1973. The current deadline to leave is Oct. 31.

Brexit talks between May's Conservatives and the opposition Labour Party have ended without an agreement hours after May agreed on Thursday to set out a timetable for her departure in early June.

Labour leader Jeremy Corbyn wrote to May on Friday, informing her that talks had "gone as far as they can" due to "the increasing weakness and instability" of the government.

Corbyn said May's government had become unstable and its authority had been eroded undermining confidence in the "government's ability to deliver any compromise agreement." But May said divisions within the Labour Party had contributed to the breakdown.

"We have been unable to bridge important policy gaps between us," Corbyn said in a letter to May that was released by Labour.

He said the party would oppose May's thrice-rejected deal when it returns to parliament.

May's hands have been tied, knowing that to make concessions to Labour would lead to fury in her divided party. Labour has feared that any compromises on issues such as workers' rights would be torn up by May's successor.

Britain's labyrinthine crisis over Brexit has stunned allies and foes alike, and with deadlock in London the world's fifth largest economy faces an array of options including an exit with a deal, a no-deal exit, an election or a second referendum.

The Brexit impasse is unlikely to be broken swiftly.

May will put her 'European Union (Withdrawal Agreement) Bill' to a vote in parliament in early June even though rebels in her party have pledged to defeat it. Then she must agree a timetable for the election of a successor.

May and Labour may try to agree on a process for parliamentary votes designed to find a consensus, the BBC reported. Those votes could happen as early as next week.

Britain was due to leave the EU on March 29, but amid the political impasse in the country, the EU extended the Brexit deadline until Oct. 31.

There is no chance of getting British parliamentary approval for all aspects of Brexit by the end of July, Corbyn said on Friday. Asked about an indicative vote which called for lawmakers to show they supported leaving by July 31, he said, "I don't think it's credible to say we get all the parliamentary agreement and all stages of a very controversial and major bill through Parliament by the end of July so no, we would not support that."

Beleaguered British Prime Minister May's tenure appears all but over. The Conservative leader has previously won praise for her determination and ability to survive what has often felt like a three-year political crisis since the referendum vote. But her approach to the Brexit endgame, refusing to accept members of Parliament's trenchant opposition to her deal before belatedly opening ultimately futile negotiations with Labour, has left May politically abandoned.

Meanwhile by twice delaying Britain's exit from the European Union, she has prompted frustration and anger among Brexit supporters and ridicule from "Remainers." In a forlorn bid in March to appease the most ardent eurosceptic members of Parliament in her party, May offered to resign if they finally approved her deal. But several dozen rebelled anyway, consigning it to a third defeat in Parliament and leaving her mortally weakened. This week she agreed to set out a timetable for the election of a new leader once lawmakers have held a fresh vote on the agreement in early June.