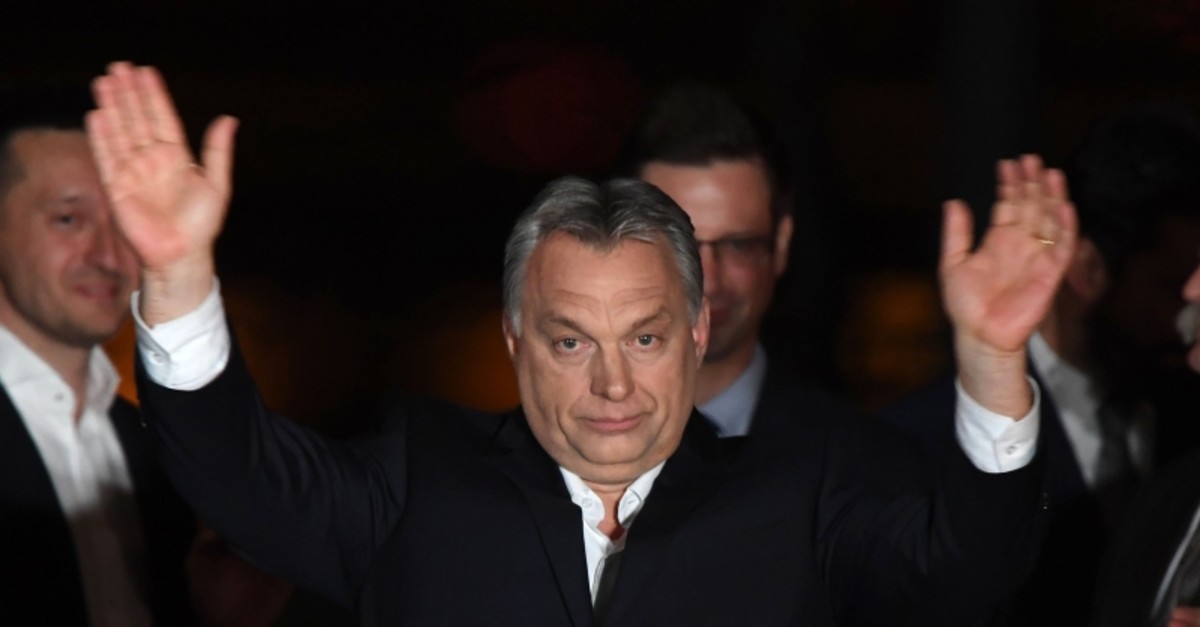 Hungarian Prime Minister Viktor Orban (C) celebrates on podium on the bank of the Danube River after winning the parliamentary election with members of his FIDESZ party on April 8, 2018 in Budapest. (AFP Photo)
by May 26, 2019 10:28 pm

The survey, carried out by the Nezopont institute after polling ended at 7 pm (1700 GMT) forecasts Fidesz winning 56 per cent of the votes.

Two leftists parties, MSZP and DK, were projected to win 10 per cent each, the institute, which is close to Orban's government, said.

Hungarian election authorities will not release any data until voting ends in Italy at 11 pm (2100 GMT), but they did say the turnout was a new record for European elections in the country, reaching 42 per cent before the voting ended.

In 2014, Fidesz won 51 per cent of the votes cast and claimed 12 of the 21 Hungarian seats in the European Parliament.