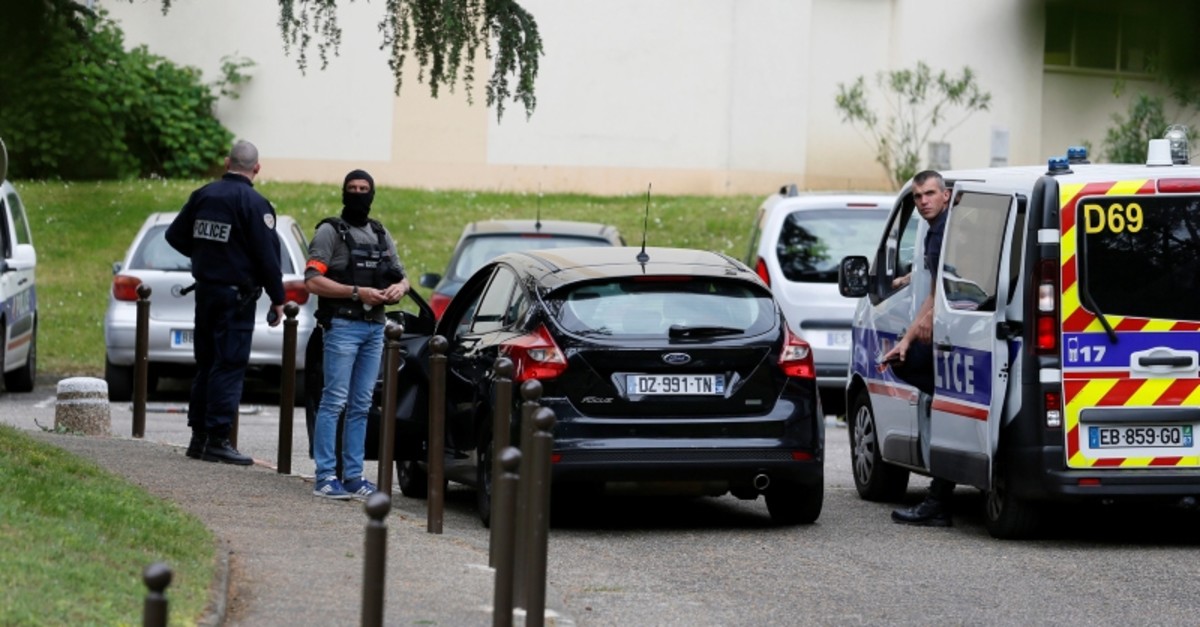 French police have arrested four people over an explosion in the heart of the southeastern city of Lyon last week which injured 13 people, authorities said Monday.

The suspected bomber, a 24-year-old Algerian citizen, was arrested along with his parents and another Algerian student who is a family friend, Paris prosecutors said in a statement.

The suspect is an IT student previously unknown to police, Lyon's mayor Gerard Collomb said.

Police have also questioned his sister but she has not been arrested, the Paris prosecutors added.

Prosecutors had on Friday opened an investigation over "attempted murders linked to a terrorist organization."

Police had been hunting for a man seen cycling near the scene of the blast who was wearing a green top and Bermuda shorts, and carrying a dark rucksack.

He had been the target of an extensive manhunt since late Friday when an explosive device filled with screws and ball bearings was placed in front of a bakery near the corner of two crowded pedestrian streets in the historic center of Lyon.

Police circulated photos of the suspect on Twitter, leading to "several dozen" calls from people with information.

Sources close to the investigation suspected the explosive was acetone peroxide, or APEX, a volatile compound used in deadly Paris attacks that happened on November 13, 2015.

Investigators recovered small screws, ball bearings and batteries along with a printed circuit and a remote-controlled trigger device. Officials later said the charge was relatively weak.

Thirteen people were wounded in the blast -- eight women, four men and a 10-year-old girl -- of whom 11 needed hospital treatment.

None of their injuries is believed to be life-threatening. Authorities said some needed surgery to remove shrapnel.

France has been on high alert following a wave of deadly terror attacks since 2015 which have killed more than 250 people.

The Daesh terror group has been behind many of the attacks. No one has claimed responsibility for the Lyon blast.