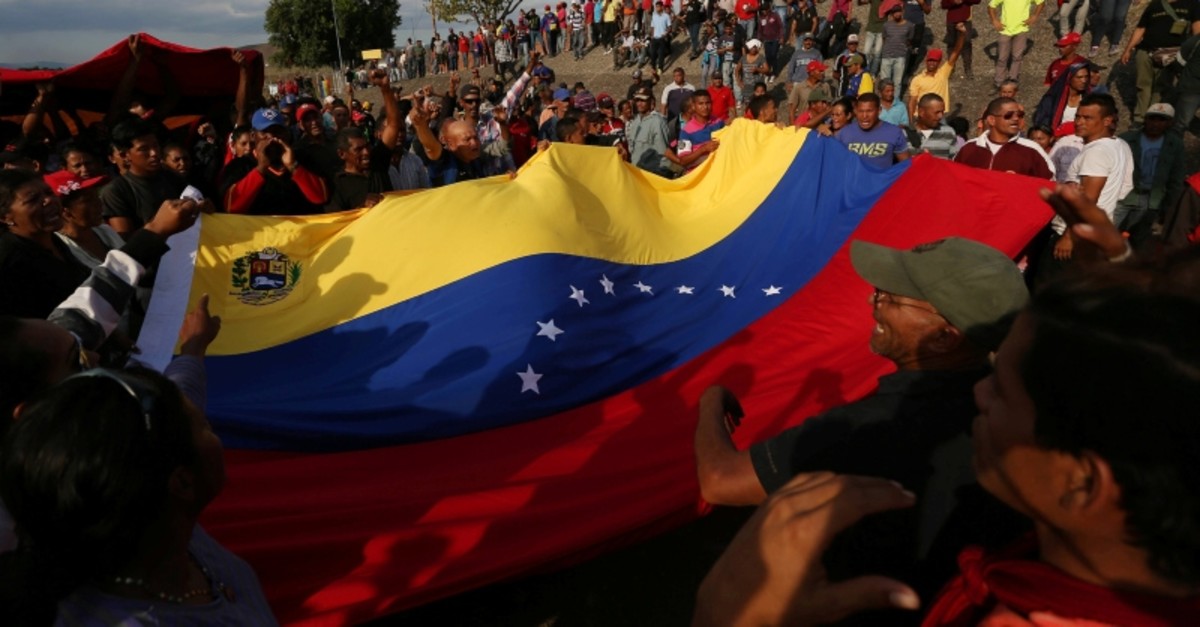 Russia's Ministry of Foreign Affairs said on Monday that Moscow was ready to play a role in talks between the Venezuelan government and opposition in Oslo if the participants felt it was useful.

Norway said on Saturday that representatives of Venezuela's government and opposition would return to Oslo following an initial round of preliminary talks about how to address the country's political crisis.

The Russian foreign ministry said in a statement it welcomed the fact that the talks were continuing, but warned against any external powers trying to foist ultimatums on the Venezuelan leadership.

Venezuelan opposition leader Juan Guaido on Sunday played down the prospects for success at a new round of mediation with the government to be hosted by Norway next week, saying protests would continue until President Nicolas Maduro resigned.

Norway has a tradition of conflict mediation, including assistance with Colombia's 2016 peace deal between the government and leftist FARC rebels.

"This is not negotiation. This is not dialogue," Guaido told reporters after a rally in the western Venezuelan city of Barquisimeto, adding that his team was simply responding to an offer from the Norwegian government to mediate.

Guaido reiterated that any solution to Venezuela's crisis required Maduro to stand down, allowing a transitional government to steer the OPEC nation to fresh presidential elections.

"If we have an end to the usurpation (by Maduro), a transition government and free elections, it will have worked. If not ... we will remain in the streets," said Guaido, the head of Venezuela's opposition-controlled National Assembly.

Venezuela has been plunged into political turmoil since Guaido declared himself interim president in January, dismissing Maduro's 2018 re-election as a fraud.

More than 50 countries, including the United States and many members of the European Union, recognize Guaido as Venezuela's leader. Turkey, Russia and China support Maduro and have condemned undemocratic means to end the president's term.

Maduro, who maintains control over state institutions, calls Guaido a puppet of Washington and blames U.S. sanctions for a hyperinflationary economic meltdown and humanitarian crisis.

The Venezuelan information ministry did not immediately reply to a request for comment.

Venezuela's ruling Socialist Party has endorsed the Norwegian mediation, but opposition sympathizers remain skeptical. They argue that Maduro has previously used dialogue as a stalling tactic to maintain his grip on power while living standards steadily declined in the oil-rich nation.

Each side met separately with Norwegian mediators, but there was no face-to-face meeting between government and opposition representatives, Gonzalez told local media.

Guaido said that Norway would define the methodology for next week's meeting, without specifying if the two sides would meet directly.

In a video posted on Twitter, Maduro said the government delegation would once again be led by the information minister, with the participation of the foreign minister and a state governor. He said he believed agreements were possible.