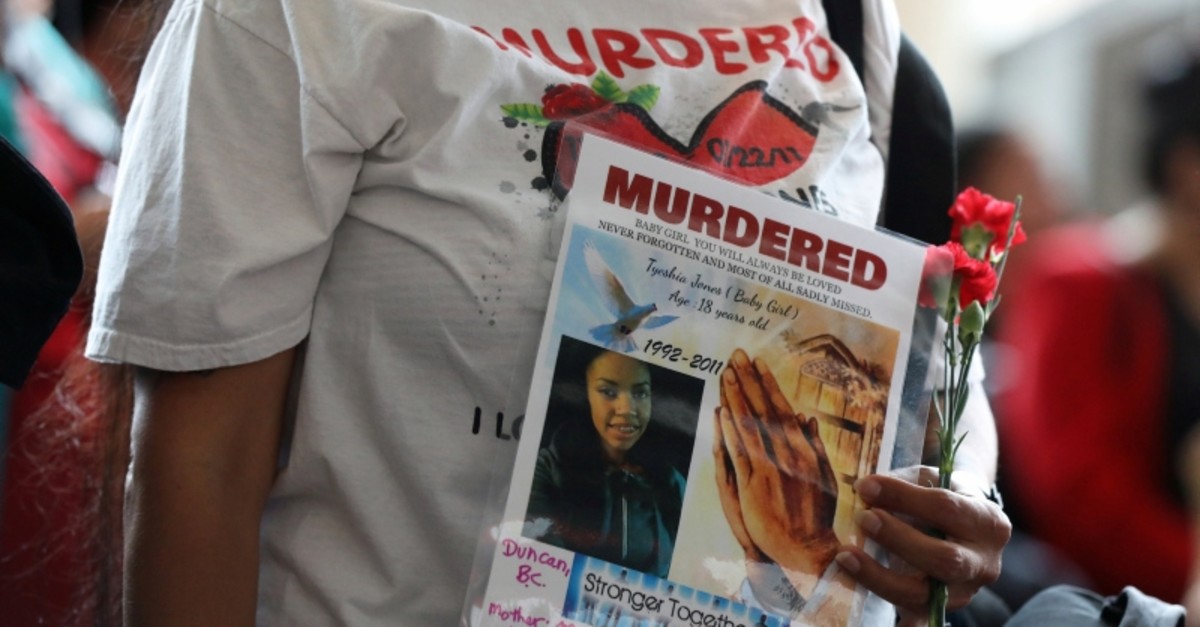 A woman holds a sign during the closing ceremony of the National Inquiry into Missing and Murdered Indigenous Women and Girls in Gatineau, Quebec, Canada, June 3, 2019 (Reuters Photo)
by Anadolu Agency Jun 03, 2019 8:20 pm

Canada's final report into thousands of murdered and missing Indigenous women and girls was released Monday at a ceremony in Gatineau, Quebec.

Three years in the making, the 1,200-page report calls the killings and disappearances "Canadian genocide" and lists 231 steps of "Calls for Justice" to end the wholesale killing.

"These Calls for Justice represent important ways to end the genocide and to transform systemic and societal values that have worked to maintain colonial violence," states the report of the National Inquiry into Missing and Murdered Indigenous Woman and Girls.

The report is a damning indictment of successive Canadian governments and authorities reaching back more than a century.

Chief Commissioner Marion Buller said this is the conclusion she and her three fellow commissioners arrived at after criss-crossing the country and hearing from more than 2,300 people.

Since the 1970s, the number of murdered and vanished Indigenous women and girls is estimated around 1,000 to 4,000.

Police forces, including the Royal Canadian Mounted Police, have been accused of not fully investigating the disappearances and killings because the victims were Indigenous. The investigations, the report states, have been "marked by indifference."

"As a nation, we face a crisis: regardless of which number of missing and murdered Indigenous women and girls are cited, the number is too great," Buller told hundreds assembled in Gatineau. "The continuing murders, disappearances and violence prove that this crisis has escalated to a national emergency that calls for timely and effective responses.

"This is not what Canada is supposed to be about; it is not what it purports to stand for."

Among the report's recommendations is the setting up of an ombudsperson and an Indigenous and human rights tribunal.

As well, the report calls for the Canadian justice system and police forces to acknowledge they have been guilty of "racism, bias, discrimination and fundamental culture and societal differences" when dealing with Indigenous women and girls.