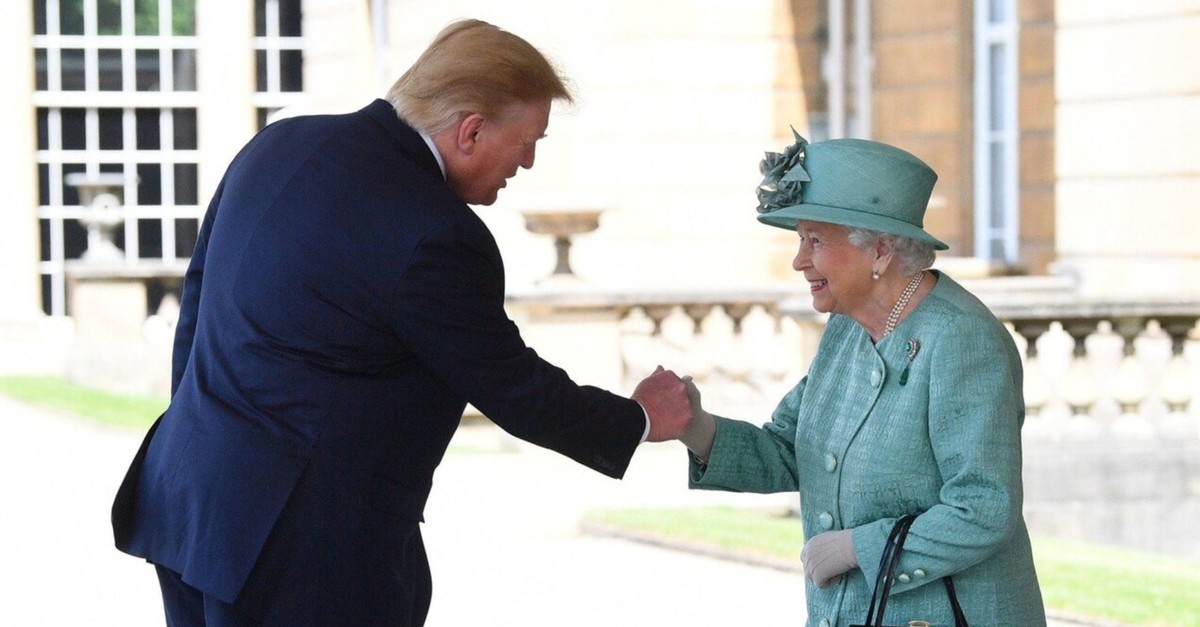 Social media was boiling on Monday over one question: Did President Donald Trump fistbump Queen Elizabeth II when they shook hands at Buckingham Palace?

News photographs made it look as if he did, prompting some to claim on Twitter that the president was not showing the proper respect for Britain's monarch, but really it was just a slightly awkward handshake.

Joe Little, managing editor of Majesty magazine, says that what looked like a fistbump was really just an unusually firm handshake.

Little said Monday that it was simply an odd camera angle and that it was just a robust handshake. He says that sometimes when people shake the queen's hand, they treat her like porcelain china, but this wasn't that.

He says some people just shake the tips of the queen's fingers out of deference.

Little says Trump did follow proper protocol by not offering the queen his hand to shake but waiting instead for her to offer her hand.