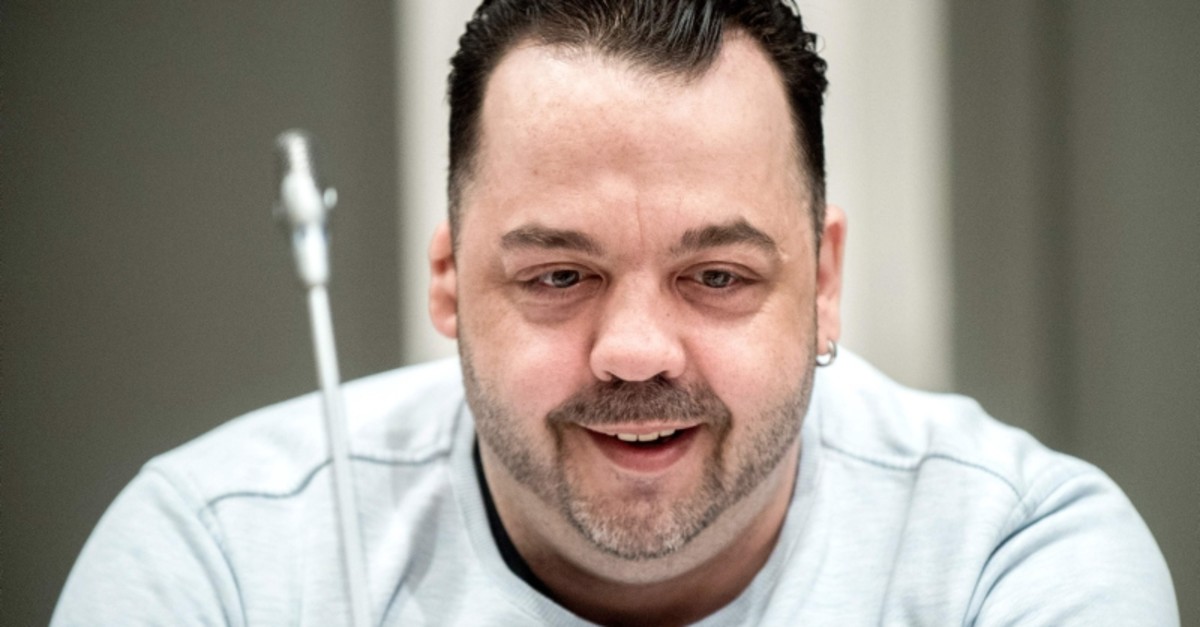 In this file photo taken on May 16, 2019 Former nurse Niels Hoegel, accused of killing more than 100 patients in his care, attends a hearing in his trial, in Oldenburg, northern Germany. (AFP Photo)
by Compiled from Wire Services
Jun 06, 2019 11:48 am

A former nurse was convicted of killing 85 of his patients and sentenced to life imprisonment on Thursday for the worst killing spree in Germany's post-war history, multiple local media outlets reported.

Niels Hoegel, who injected his patients with lethal drugs and then played the hero by appearing to struggle to revive them, had already been convicted and sentenced for two murders in 2015. Prosecutors last year brought further charges over the dozens of other murders of which he was accused.

On the final day of the trial on Wednesday, Hoegel asked his victims' loved ones for forgiveness for his "horrible acts".

"I would like to sincerely apologise for everything I did to you over the course of years," he said.

The heavy-set Hoegel, 42, has already spent a decade in prison following a previous life sentence he received for six other murders.

Hoegel was accused of killing 97 patients aged between 34 and 96 by medical injection in hospitals in the northern cities of Oldenburg and Delmenhorst.

His horrific killing spree is believed to have begun in 2000 and only stopped when he was caught in the act in 2005.

Driven by a desire to show off his skills in bringing patients back from the brink of death, Hoegel repeatedly gambled with the lives of vulnerable victims chosen at random.

Most often, he lost.

The exhumation and autopsy of more than 130 bodies were necessary to build the case for the prosecution.

Police suspect that Hoegel's final toll may be more than 200. But they say they can never know for sure because of gaps in his memory and because many likely victims were cremated before autopsies could be performed.

Caught in 2005 while injecting an unprescribed medication into a patient in Delmenhorst, Hoegel was sentenced in 2008 to seven years in prison for attempted murder.

A second trial followed in 2014-2015 under pressure from alleged victims' families.

He was found guilty of murder and attempted murder of five other victims and given the maximum sentence of 15 years.

At the start of the third trial in October, Buehrmann said its main aim was to establish the full scope of the killing that was allowed to go unchecked for years.

"It is like a house with dark rooms — we want to bring light into the darkness," he said.

Victims' advocates say the court has failed woefully at the task, due in large part to Hoegel's own contradictory testimony.

After admitting on the first day of testimony to killing 100 patients in his care, he has since revised his statement.

He now says he committed 43 murders but denies five others. For the remaining 52 cases examined by the court, he says he cannot remember whether he "manipulated" his victims — his term for administering the ultimately deadly shots.

"That leaves people in the dark — it doesn't allow them to mourn," Petra Klein of the Weisser Ring crime victims' organization in Oldenburg told AFP.

She described the legal proceedings as "trying" for the loved ones.

Psychiatrist Max Steller told the court that while Hoegel bears responsibility for his acts, he suffers from a "severe narcissistic disorder".

He "is always fundamentally ready to lie if that allows him to put himself in a better light", Steller said.

The defendant claims, for example, not to remember his first victim, who died on February 7, 2000.

However a serial killer never forgets his first victim, Steller asserted, "meaning that he probably 'manipulated' before that".

While former colleagues in Delmenhorst admitted to having had their suspicions about Hoegel, all the staff from Oldenburg who testified said they were oblivious to the body count stacking up on his watch.

Buehrmann appeared exasperated by what he called this "collective amnesia".

Ten of the witnesses are now facing possible charges for perjury, according to a spokesman for the prosecution.

Klein said that, at this point, the biggest hope of the victims' families was that Hoegel "should never emerge from prison".

She said the idea that he would one day walk free — which is not inconceivable under the German justice system — would be "unbearable for many of them".