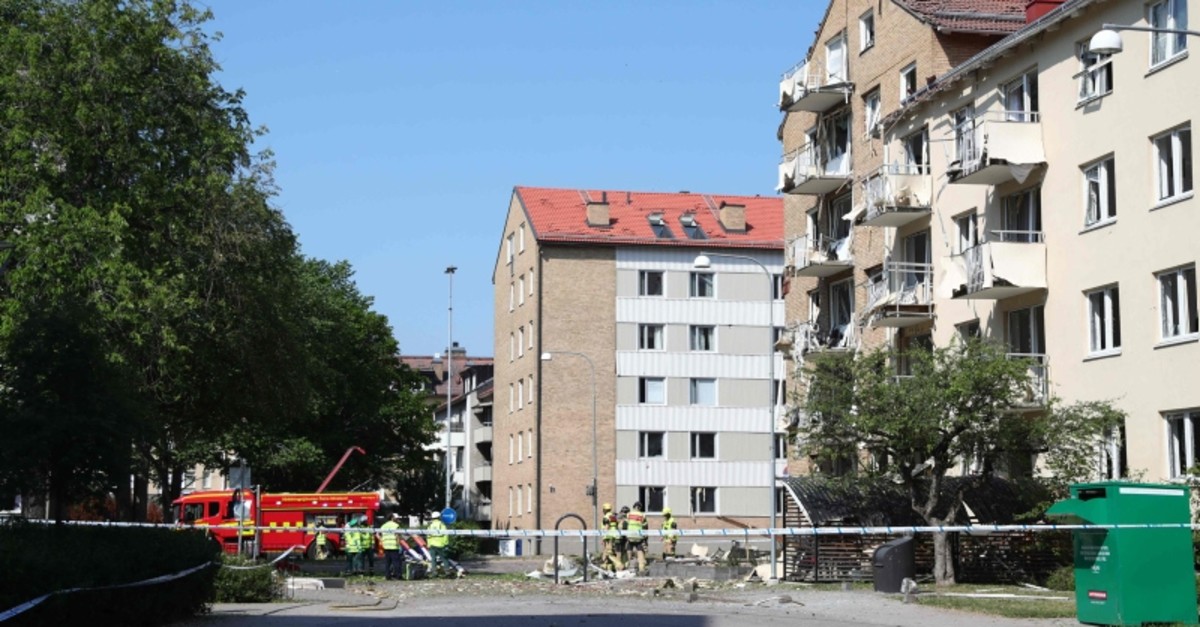 Rescue personnel work outside a block of flats that were hit by an explosion Friday morning, June 7, 2019 in Linkoping, southern Sweden. (Photo by Jeppe GUSTAFSSON / TT News Agency / AFP)
by Compiled from Wire Services
Jun 07, 2019 11:10 am

A blast ripped through two adjacent apartment buildings in the city of Linkoping in southern Sweden, police said, with a nearby hospital saying 19 people have sustained minor injuries in explosion.

The explosion has blown out windows and destroyed balconies in the buildings in central Linkoping, about 175 kilometers (110 miles) southwest of Stockholm. One of the buildings had five stories, while the other had four floors.

Police said a bomb squad had been deployed to the area after Friday's blast, which occurred shortly after 0700 GMT (3 a.m. EDT).

The cause of the blast wasn't immediately known.

A spokeswoman at Linkoping University Hospital said several people had been taken to hospital after the incident but that she did not know exactly how many.

Photos published by tabloid Aftonbladet showed two multi-storey buildings with shattered windows and wrecked balconies, with some damage to their roofs also visible.

Police said in a statement that several blocks around the area had been cordoned off but that there were no plans to evacuate residents.

While the cause of the apparent explosion was not clear, Sweden has seen several cases in recent years where explosives were used in suspected gang-related attacks.