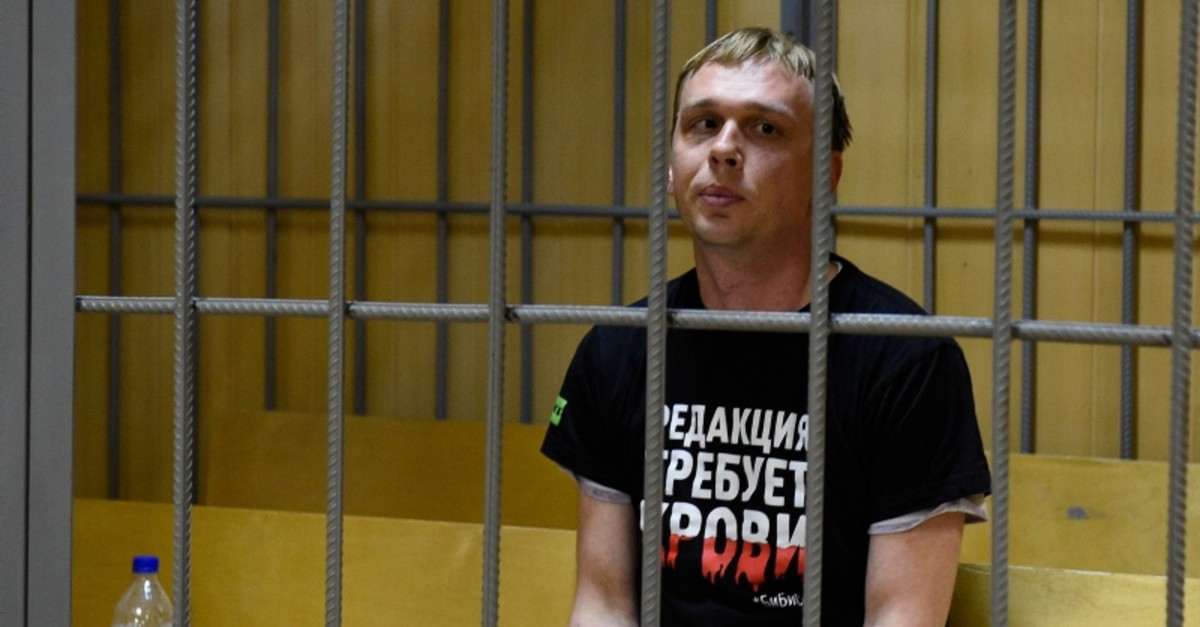 Russian police said Tuesday they would drop drug charges against a journalist and free him from house arrest in a rare climbdown for law enforcement amid a public outcry.

Ivan Golunov, a 36-year-old reporter with independent media outlet Meduza, was arrested last week on charges his lawyers and supporters said were trumped up to punish him for his investigative work.

"Today he will be released from house arrest and charges lifted," Interior Minister Vladimir Kolokoltsev said in a statement.

The minister said the officers who arrested Golunov last week were suspended pending an investigation.

Golunov had been charged with attempting to deal a "large amount" of drugs and was placed under house arrest at the weekend, facing up to 20 years in prison if convicted.

The reporter said he was beaten in detention while his lawyers insisted drugs had been planted on him.

Moscow police admitted that photographs published on its website describing drug paraphernalia found at a crime scene were not taken at Golunov's flat.

Kolokoltsev said he would seek President Vladimir Putin's permission to sack the head of a Moscow police department and another senior official in charge of drug control in Moscow.

"I believe that irrespective of any citizen's professional activities his rights should always be protected," the minister added.

The case sparked outrage in Russia and abroad over what critics slammed as the impunity and corruption of law enforcement agencies.

After Golunov's arrest, hundreds of supporters protested outside court and the Moscow police headquarters.

In an unprecedented gesture of solidarity, three major newspapers Kommersant, Vedomosti and RBK published the same front page on Monday with the headline "I am/we are Ivan Golunov" in giant letters.

Even some staunchly pro-Kremlin television journalists expressed support for the independent journalist.

The reporter has investigated everything from Russia's shady funeral industry to corruption at Moscow city hall.

Supporters had organized a march in Moscow Wednesday to call for his freedom, with nearly 24,000 people announcing on Facebook they would or would like to attend.

During his two decades in power, Putin has silenced most of his critics and sought to muzzle the media.

The few opposition and independent media that still operate in Russia are under huge pressure, Kremlin critics say.

The Meduza website is based in EU member state Latvia to circumvent censorship, but some of its journalists live in Russia.