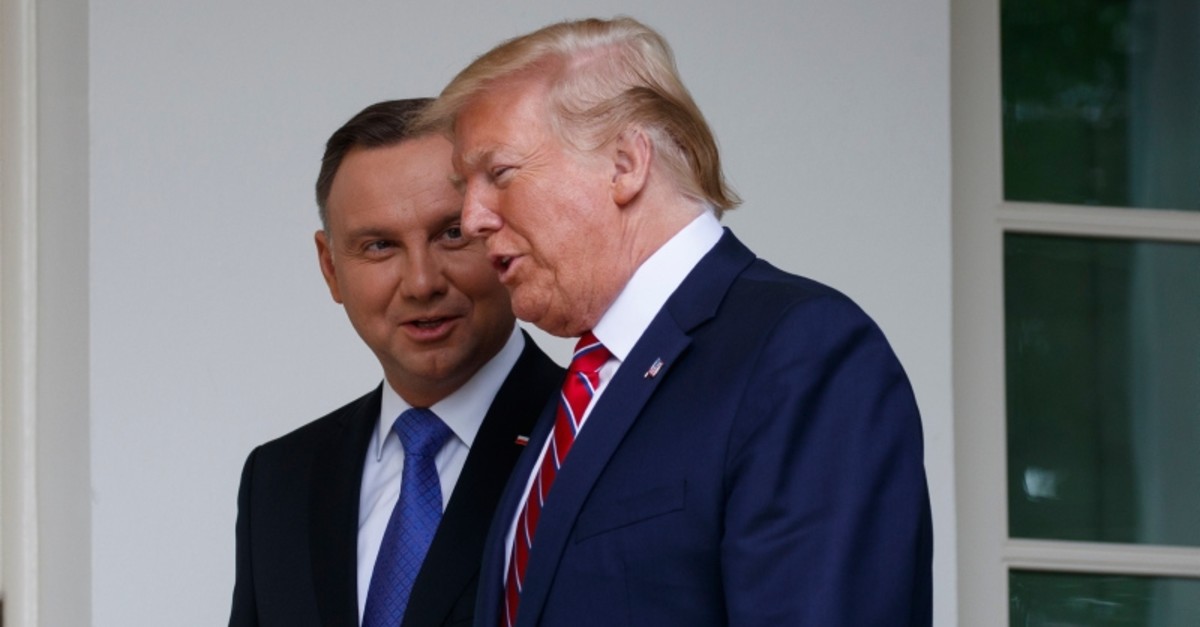 President Donald Trump said Wednesday that he will send 1,000 more U.S. service members to Poland as part of his broadening security and economic alliance.

Trump made the announcement during a White House news conference with Poland's president, Andrzej Duda. Trump said the Polish government will pay for the infrastructure to support the additional troops, and he praised Poland for increased defense spending to meeting its NATO commitments.

Earlier in the Oval Office, Trump said the United States has based tens of thousands of troops in Germany for a "long, long time" and that he probably would move a "certain number" of those personnel to Poland, "if we agree to do it."

Trump also said Poland is buying more than 30 F-35 Joint Strike Fighter jets from the U.S. In recognition of that purchase, a single F-35 flew over the White House on a sunny afternoon. Duda looked up and waved as the jet passed.

"They're going to put on a very small show for us and we're doing that because Poland has ordered 32 or 35 brand new F-35s at the highest level," Trump said.

U.S. officials said earlier this week that Trump, in addition to the additional troops, would send a squadron of Reaper drones to Poland to aid its self-defense amid concerns about Russian military activity.

Polish leaders have lobbied for additional forces for months and had hoped for a permanent U.S. base they said could be called "Fort Trump."

Following the Russian annexation of Ukraine's Crimean Peninsula in 2014, the U.S. has again been increasing military activity in Europe in concert with NATO allies. That includes stationing four multinational battalion-size battlegroups in alliance members Poland, Estonia, Latvia and Lithuania, led respectively by the U.S., Britain, Canada and Germany.

The Eastern European nations have reached out to the U.S. and NATO for greater protection, worrying that they might be the next target of Russia's military advance.

The increase in U.S. forces in the region also reflects America's new national defense strategy that declares great-power competition with China and Russia as a top priority.