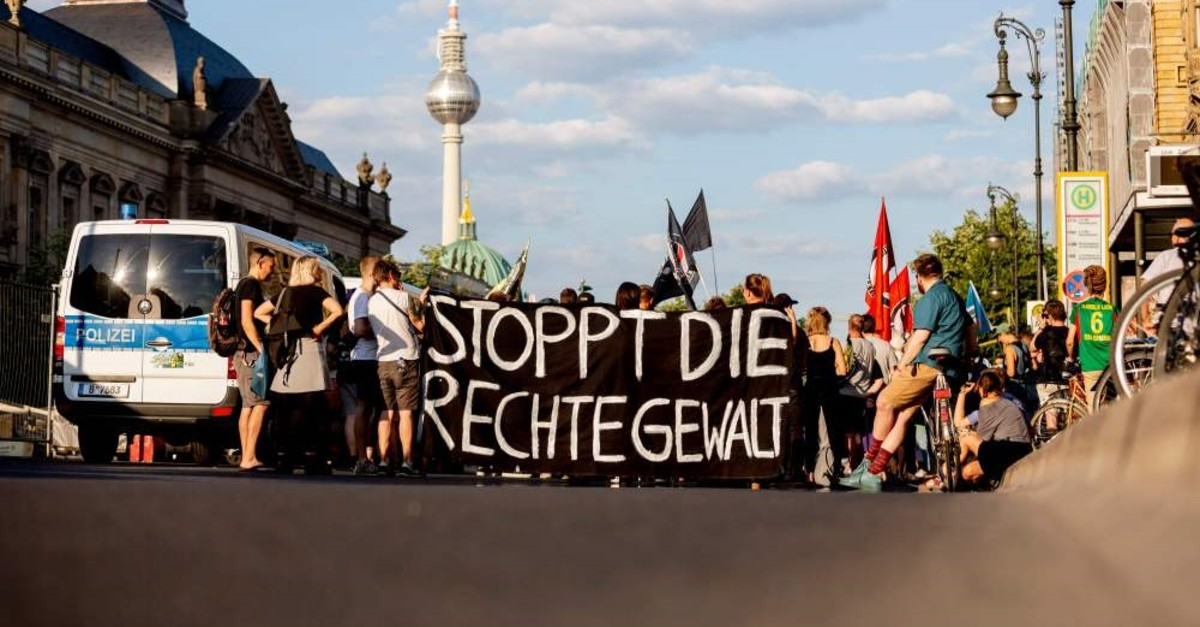 Following the assassination-style murder of a pro-migrant German politician by a far-right extremist, at least three German mayors with pro-migrant policies have received death threats by post, police said yesterday.

The close-range shooting of Walter Luebcke at his home in central Germany on June 2 and the arrest of a man officials say had far-right sympathies has shocked Germans and the government has said it should be a wake-up call. Luebcke was an outspoken defender of Chancellor Angela Merkel's decision to welcome refugees and in 2015 drew the wrath of the far right by telling Germans who objected that they could leave the country.

German police said at least three local mayors had received death threats in the mail. One of them, Cologne mayor Henriette Reker, was stabbed in the neck by a right-wing sympathizer in October 2015 and has been under police protection ever since. Another mayor, Andreas Hollstein, of the small town of Altena in North Rhine-Westphalia state, on Tuesday confirmed to German news agency DPA that he had again received death threats. He was slashed with a knife in 2017 after accepting a national award from Chancellor Angela Merkel for Altena's work with refugees. His attacker had criticized Hollstein for taking in refugees, it emerged during the trial. Holger Kelch, the mayor of Cottbus, said he has received 500 hate mails and three death threats since 2017 when he called for calm in the city after it emerged that the killer of a German pensioner came from Syria.

The manner of the killing, a close-range shot to the head, also recalled the series of killings by the neo-Nazi terrorist group, the National Socialist Underground (NSU). The central German city of Kassel was the location of a notorious NSU murder in 2006. The far-right terrorist killed eight Turkish immigrants, one Greek citizen and a German police officer between 2000 and 2007, but the murders have long remained unresolved.

Germany is home to some 12,700 potentially violent far-right radicals, according to the BfV domestic intelligence agency. A Civey poll this week showed 60 percent of Germans think the government is "doing too little" to tackle the problem. As Germany faces a growing risk of violence from far-right extremist, a recent secret report has revealed that right-wing extremists are preparing for "a civil war scenario" by training to use firearms and explosives. Those people are collecting firearms and other supplies in preparation for "a civil war" or "a feared collapse of public order" in the country, according to the BfV.