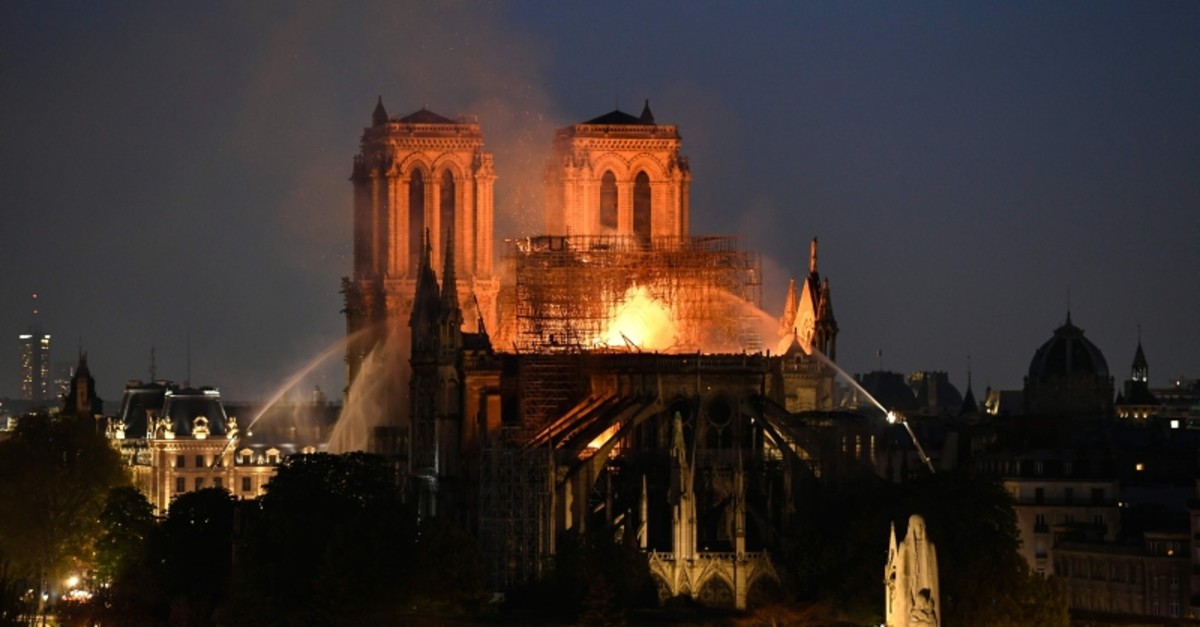 A badly stubbed-out cigarette or an electrical fault could have started the devastating fire that ripped through Notre-Dame cathedral in April, Paris prosecutors said Wednesday, ruling out any criminal intent.

French investigators were examining many hypotheses "including a malfunctioning of the electrical system or a fire which started with a badly stubbed-out cigarette", said a statement, indicating there was no evidence to back up any theory of "a criminal origin" to the fire.

The statement, signed by chief Paris prosector Remy Heitz, said the preliminary conclusions had been based on interviews with some 100 witnesses.

But it emphasized that the investigation had still not clarified the actual cause of the fire.

It was not yet possible to conclude if either an electrical fault or stubbed-out cigarette was the most likely theory, it added.

The statement said a preliminary investigation had now been opened, without targeting any single individual, over involuntary damage caused by negligence.

In April, a spokesman for scaffolding company Le Bras Freres which had been involved in restoration work admitted that workers had smoked on the site from time to time.

"We regret it," the spokesman said at the time, adding: "In no way could a cigarette butt be the cause of the fire at Notre-Dame."

Notre-Dame was gutted by a fire on April 15 that felled its steeple and consumed the lattice of beams supporting the roof.

The damage to the world heritage landmark shocked the world, with President Emmanuel Macron setting an ambitious target of five years to restore the edifice.