Imam, 1 other wounded by gunman at mosque in western France 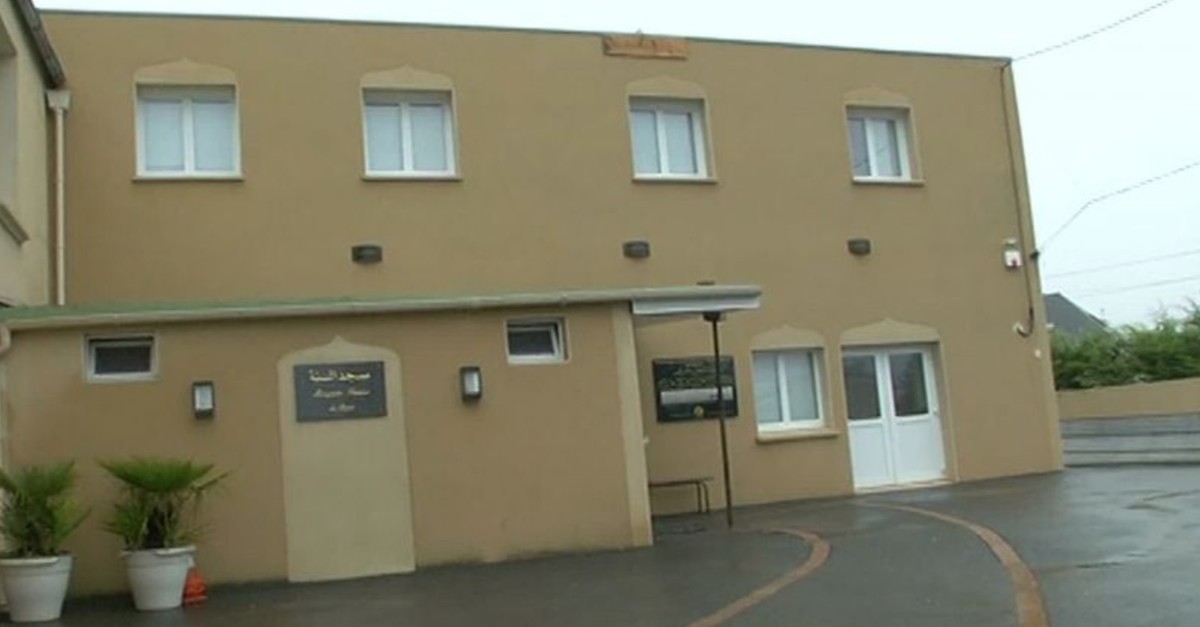 A gunman opened fire outside a mosque in northwestern France on Thursday, wounding the local imam and another person, before fleeing the scene and later being found dead, officials said.

It was not immediately clear what motivated the incident in the port city of Brest in Brittany, but Interior Minister Christophe Castaner said he had ordered an increase in security measures around places of worship across France.

Imam Rachid El Jay of the Mosquée Sunna de Brest was hit by four bullets while a worshipper who was with him sustained injuries from two bullets, but neither was thought to have life-threatening wounds, the French Council of the Muslim Faith (CFCM) and judicial sources said.

"(El Jay) sustained two bullet wounds to the abdomen and two to the legs. The worshipper was hit in the legs by two bullets," the CFCM said.

Brest deputy mayor Trabelsi Hosny said the imam walked out of the mosque with a friend when "a person introduced himself wanting to get a photo with the imam, which the imam agreed to."

The man then fired at the imam and his friend, Hosny said.

The incident occurred around 4 p.m. (1400 GMT), when several shots rang out in front of the mosque.

A police source said the suspected shooter was found dead in an area near the airport, some 10 kilometers (six miles) from the mosque, with a fatal gunshot wound to the head after an apparent suicide.

The source said that the alleged gunman left written documents near where his body was found.

"He is unknown to the police, is not on file, and is not known to belong to a far-right movement," the source said.

Police have opened an inquiry, with the Paris prosecutor's office saying the situation was also being looked into by the anti-terror squad.

"I heard six or seven shots and when I came out of the pharmacy I saw two people on the ground, not far from the mosque's entrance, wounded in the legs and stomach," he added.

He then put pressure on the gunshot wounds to "stop them from losing too much blood."

Abdallah Zekri of the CFCM said that El Jay had already been threatened by the Daesh terror group "because he has made speeches in line with the values of the Republic."

Writing on Twitter, Castaner said he ordered for security to be heightened.

"I have asked local officials to step up security around places of worship across the country," he wrote.