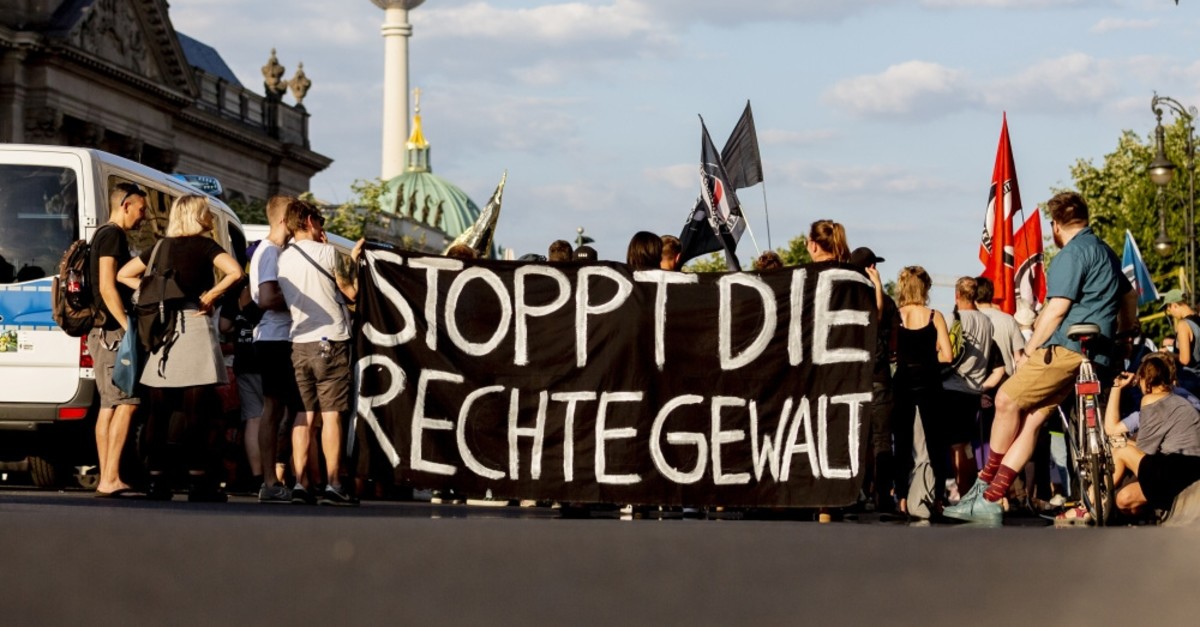 The number of right-wing extremists in Germany has reached 24,100, up 100 from last year, and the highest number in recent history, according to figures released by German Interior Minister Horst Seehofer in Berlin on Thursday. The Federal Office for the Protection of the Constitution (BfV), Germany's domestic intelligence agency, said in its annual report that the number of "violence-orientated right-wing extremists" had risen to a record 12,700. "Given the high affinity for carrying weapons in the far-right extremist spectrum, those numbers are extremely worrying," Seehofer said, presenting the report. "The risk of an attack is high."

The assassination-style murder of a pro-migrant Christian Democrat politician, Walter Luebcke, by a far-right extremist has raised fears of growing neo-Nazi terrorism in the country. Luebcke's murder has revived a debate about whether Germany is doing enough to combat far-right groups, after the chance discovery in 2011 of a neo-Nazi cell, the National Socialist Underground (NSU), whose members murdered eight Turks, a Greek man and a German policewoman between 2000 and 2007. A Civey poll showed 60 percent of Germans think the government is "doing too little" to tackle the problem. As Germany faces a growing risk of violence from far-right extremists, a recent secret report has revealed that right-wing extremists are preparing for "a civil war scenario" by training to use firearms and explosives. Those people are collecting firearms and other supplies in preparation for "a civil war" or "a feared collapse of public order" in the country, according to the BfV.

Seehofer also said security services would get more staff and resources to monitor far-right groups, especially on the internet. Investigators said Stephan E.'s DNA matched forensic samples collected on the terrace where Luebcke, who headed the regional government in the city of Kassel, was found dead. Luebcke was a hated figure on far-right internet forums critical of Chancellor Angela Merkel's 2015 decision to welcome around a million refugees at the height of the refugee crisis. The 2011 discovery of the NSU unleashed fierce criticism of intelligence agencies and police for underestimating the risk of far-right violence. Reforms were then introduced, such as closer coordination between agencies and regions.

Merkel's Christian Democratic Union (CDU) party has laid partial blame for Luebcke's killing on the far-right Alternative for Germany (AfD) party, saying it contributed to inciting extremist hatred. Railing against migrants, the AfD scooped nearly 13 percent of the vote in the 2017 general elections, becoming the biggest opposition party in Parliament. On Thursday, AfD politician Wolfgang Gedeon played down the threat from the far-right. "In comparison to [Daesh] and left-wing extremist terror, far-right terror is politically speaking, bird poo," he told the regional parliament in Stuttgart. Gedeon's choice of words was reminiscent of that deployed by AfD co-leader Alexander Gauland, who caused outrage in 2018 by describing the Nazi period as a mere "speck of bird poo in over 1,000 years of successful German history."