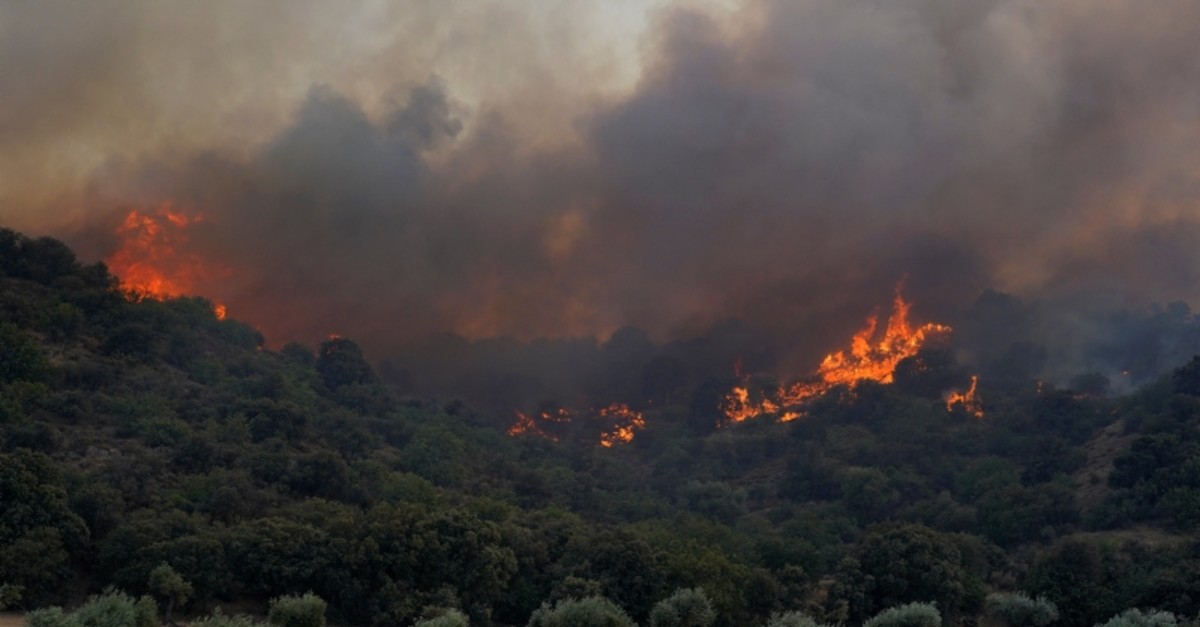 Spain was hit by more wildfires as temperatures remained sky-high in the Europe-wide heatwave, authorities said Saturday, just as firefighters finally managed to contain another blaze they had been tackling for nearly 72 hours.

A fire that started Friday evening in the central town of Almorox had already burnt at least 1,600 hectares (4,000 acres), spilling over into the Madrid region and forcing the evacuation of a village, emergency services said.

Another blaze near the city of Toledo some 60 kilometers (37 miles) away also forced the evacuation of 22 residents, as water-dropping aircraft assisted firefighters on the ground amid strong winds, according to the regional government.

Meanwhile, a major blaze in the northeastern region of Catalonia had finally been contained and "was in the process of being stabilized," the regional government said in a statement.

But it warned that a small part of the blaze remained of concern.

"Today the weather conditions continue to be extreme and the next hours will be critical and decisive, not just for this fire, but also for the rest of the territory," it said.

The fires come as Europe is hit by a major heatwave, with temperatures in some parts of France reaching record highs.

Spain's weather agency said temperatures on Saturday would be above 36 degrees Celsius (97 degrees Fahrenheit) in a large part of the country, and would likely reach or go over 40 degrees C in the center including Madrid and south.

In parts of the northeast, meanwhile, they were expected to soar to 42 degrees C.

Meteorologists blame a blast of hot air from northern Africa for scorching temperatures early in the European summer, but the heatwave is due to die down from Sunday.

The World Meteorological Organization said this week that 2019 was on track to be among the world's hottest years, and 2015-2019 would then be the hottest five-year period on record.

It said the European heatwave was "absolutely consistent" with extremes linked to the impact of greenhouse gas emissions.

Britain could see its hottest day of the year so far on Saturday, with temperatures expected to reach up to 35 degrees, according to the Met Office.

For a fourth consecutive day, unusually high temperatures above 43 degrees were forecast on Saturday across Spain.

Forty of the Spain's 50 regions have been placed under weather alert, with seven of them considered to be at extreme risk, the national meteorological agency said.

In the northeastern city of Girona, the mercury reached a record high of 43.9 degrees on Friday, the Catalan city's highest-ever temperature on record.

Firefighters managed to contain 90% of the wildfires that raged across 60 sq km (23 sq miles) of land in the northeastern Tarragona province, the Catalan government said on Saturday.

Two other wildfires in the central Toledo region were still burning, officials said.

The heat killed at least three people as temperatures soared in central and northern Italy, while hospitals in the financial capital Milan saw a 35% rise in emergency visits due to heat-related conditions, local media reported.

Demand for power in the city surged as people cranked up air conditioning causing sporadic blackouts in stores and restaurants. Temperatures are forecast to ease in the coming days but will remain hot.