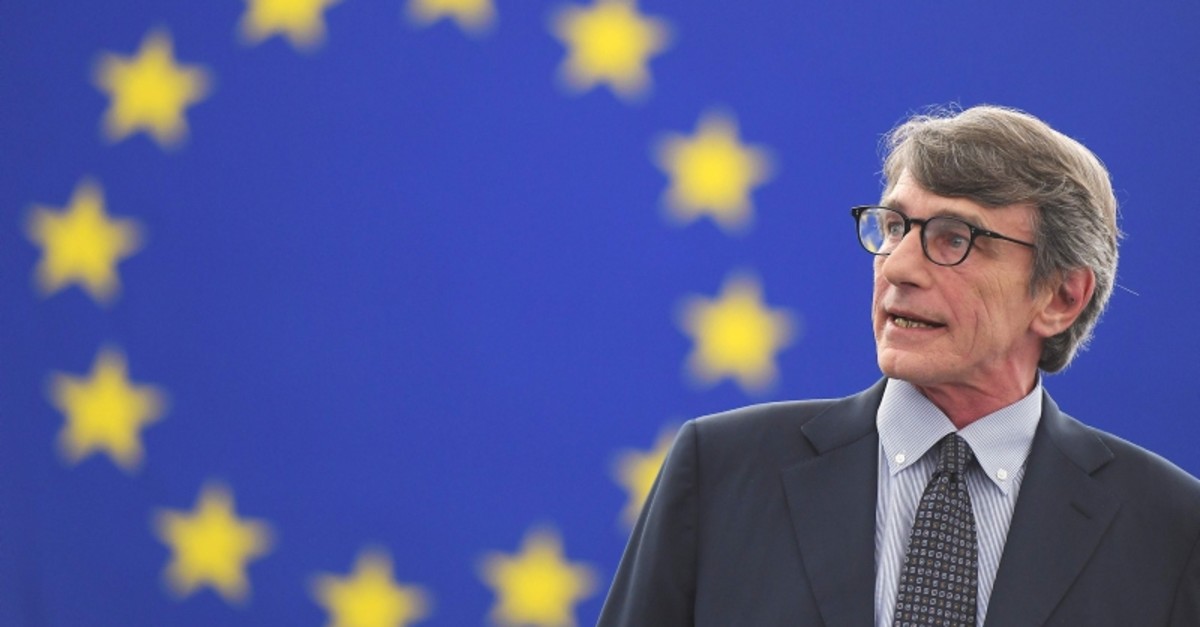 Italian MEP David-Maria Sassoli (S&D Group) delivers a speech after being elected new president of the European Parliament during the first plenary session of the newly elected European Assembly on July 3, 2019 (AFP Photo)
by Compiled from Wire Services Jul 03, 2019 3:28 pm

Italian socialist David-Maria Sassoli was elected Wednesday to head the European parliament, completing the bloc's drawn-out and at times acrimonious appointment process for its top jobs.

Sassoli was the candidate of the Group of the Progressive Alliance of Socialists and Democrats (S&D) for the position and was elected by the votes of the members of the EU Parliament.

Sassoli, a 63-year-old former journalist from Florence, has been a lawmaker in the EU parliament for a decade. He replaces another Italian politician, conservative Antonio Tajani, who had been speaker since 2017.

In his inaugural speech, Sassoli urged Europeans to counter the "virus" of extreme nationalism and called for a reform of EU rules on migration and political asylum.

He was elected after two rounds of voting, obtaining 345 votes in the 751-member assembly.

He said negotiations with Britain over Brexit should be carried out with "good sense and a spirit of dialogue and friendship".

"For us, it is painful to conceive of London far from Paris, Madrid, Berlin, Rome," he said. Parliament's backing is necessary to finalize the deal over Britain's withdrawal from the EU.