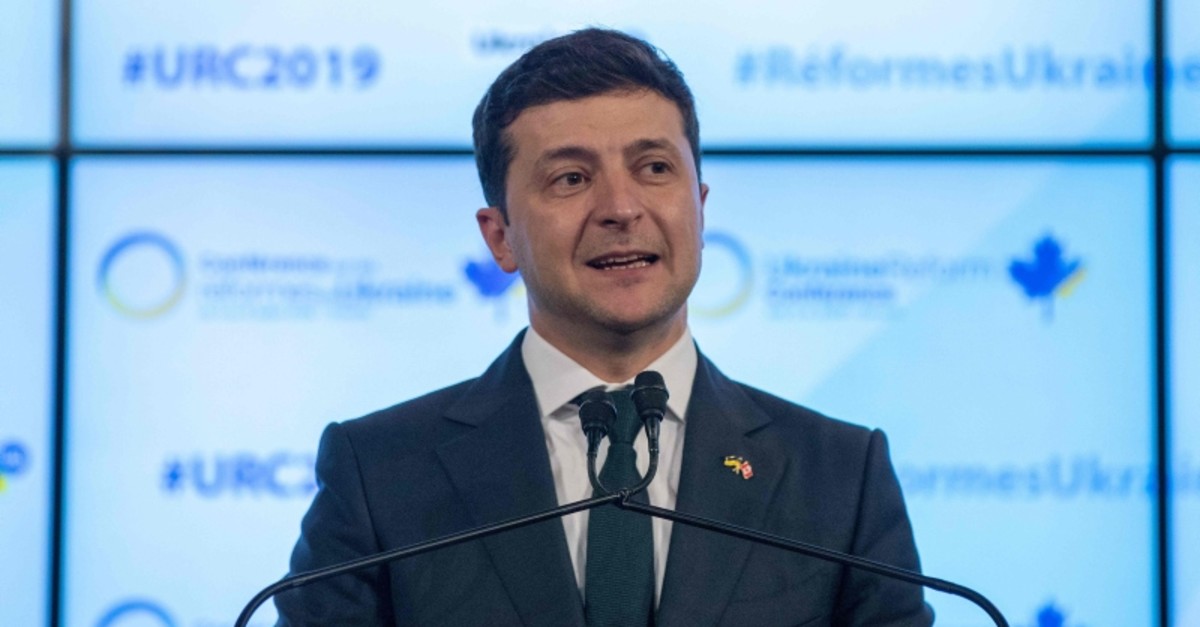 "Now I want to address the Russian President Vladimir Putin. We need to talk? We do. Let's do it," Zelensky said in a video address.

The former comic actor who was elected with a landslide in April's presidential polls called for a meeting with the Russian strongman that would involve US President Donald Trump and other Western leaders.

He proposed discussing Russian-annexed Crimea and the conflict in eastern Ukraine where Ukrainian forces are battling Russian-backed separatists.

Zelensky said on his inauguration in May that ending the war in the east and returning the annexed territory to Ukraine were his priority.

So far Zelensky has not met Putin and the Russian leader has commented that Zelensky's acting talent does not make up for lack of political experience.

"Let's discuss who Crimea belongs to and who isn't in the Donbass region," Zelensky said, referring to the eastern conflict zone.

Some 13,000 people have been killed in the conflict in eastern Ukraine that erupted in 2014 after a popular uprising ousted pro-Kremlin president Viktor Yanukovych and Russia responded by annexing Crimea.

Kiev and its Western backers accuse Russia of funnelling troops and arms across the border to fan the flames of the conflict. Moscow denies any military involvement.

Zelensky suggested in his comments addressed to Putin that fresh talks also include the United States and Britain, which are strong backers of Kiev.

"I suggest the following line-up for talks: me, you, US President Donald Trump, British Prime Minister Theresa May, German Chancellor Angela Merkel (and) French President Emmanuel Macron," Zelensky said. May is to step down later this month.

"We are not changing or dropping any diplomatic formats," Zelensky added.

Moscow said it was not ready to comment immediately on the possibility of such talks, calling Zelensky's proposal an "absolutely new format".

"First there's a need to understand whether such a meeting has any prospects," Kremlin spokesman Dmitry Peskov told journalists on Monday.

"This is a new initiative. Of course it will be considered, but so far I can't express any reaction," he added.

Donald Tusk, the president of the European Council on a visit to Ukraine with outgoing European Commission chief Jean-Claude Juncker, urged Kiev and Moscow to fulfill the peace agreements they have already signed up to.

"It is clear that the Minsk agreements need more than ever before to be implemented by all sides," Tusk said referring to the peace accords inked in 2014 and 2015 that could have ended the bloodshed but have never been implemented in full.

"Russia has a particular responsibility in this regard," Tusk told reporters at a joint press conference with Juncker and Zelensky in Kiev.