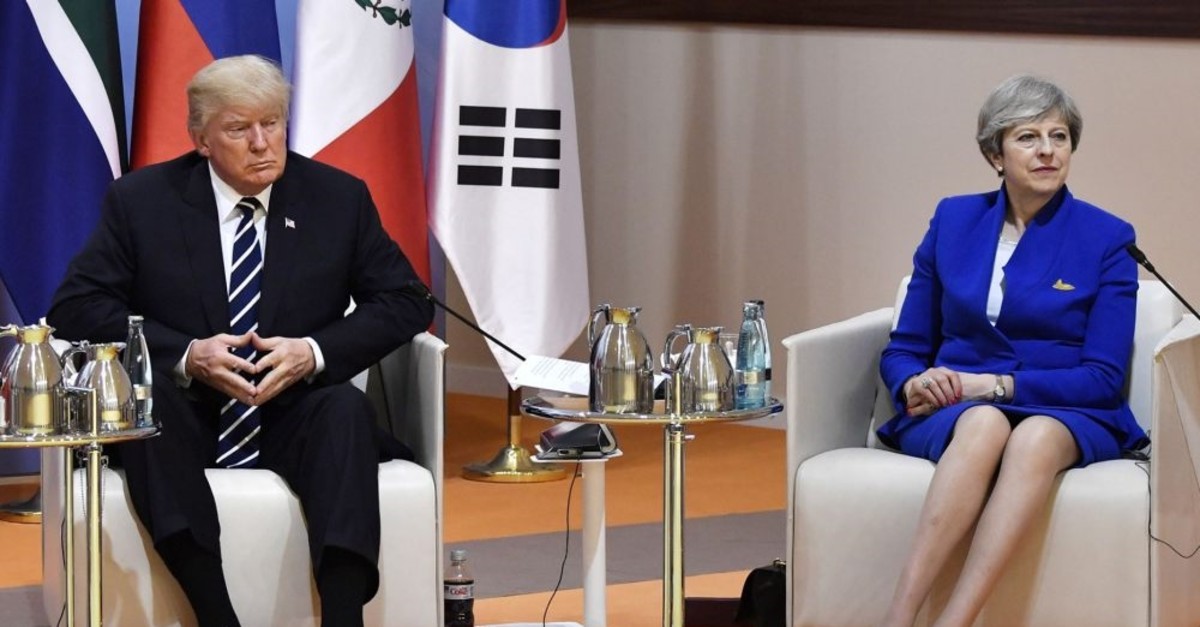 U.S. President Donald Trump yesterday lashed out at "foolish" British Prime Minister Theresa May and her "wacky" Washington ambassador, stepping up a tirade against a close ally whose envoy had branded his administration inept.

May has given her full support to Washington envoy Kim Darroch after a series of memos in which he described Trump's administration as "dysfunctional" and "diplomatically clumsy and inept" were leaked to a British newspaper on Sunday. While ministers and May's spokesman have stated the leaked cables were only a partial reflection of Darroch's assessments and did not reflect the government's views, they have infuriated Trump who fired off a second series of scathing tweets. "The wacky Ambassador that the U.K. foisted upon the United States is not someone we are thrilled with, a very stupid guy," Trump wrote, describing Darroch as a "pompous fool."

The leaked memos are a further blow to relations between the allies. The "special relationship" term has always been more widely used in Britain than it has in the U.S., a superpower that also enjoys "special" ties with countries such as Israel and Canada. But London provides Washington with a vital and reliable European ally that has been by its side through two world wars. The sides rely on each other for intelligence and share the same global security vision that has spanned decades and which is almost certain to last. However, Brexit and Trump's presidency have raised questions about their relationship's future. May is due to leave office before the end of the month and has previously clashed with Trump over a number of issues from a travel ban to the 2015 Iran nuclear deal.

The timing of the discord comes as Britain is hoping to strike a major trade deal with its closest ally after it leaves the European Union, an exit scheduled for Oct. 31. The two contenders to replace May, former London mayor Boris Johnson and Foreign Minister Jeremy Hunt, have both indicated they could support leaving the EU without a deal, making a future agreement with the U.S. even more important. British officials have launched an inquiry to find out who was responsible for the leak and foreign minister Hunt promised "serious consequences" for whoever was responsible. He told the Sun newspaper that the inquiry would consider whether the memos had been obtained by the hacking of a hostile state, although he said he had seen no evidence for this.