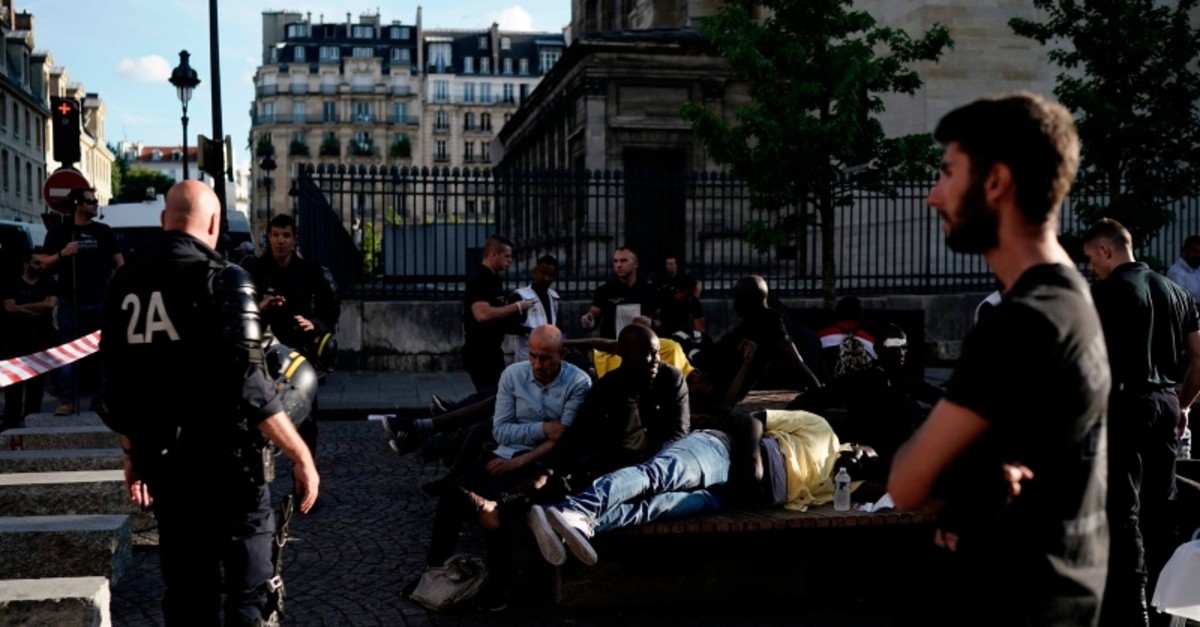 Hundreds of undocumented migrants surged into the Pantheon in central Paris on Friday, briefly occupying the vaunted memorial complex to demand talks with the prime minister on regularizing their status, activists said.

Around 700 migrants and their supporters joined the demonstration, with some pushing into the historic complex at around midday (1100 GMT) on Friday, a member of the Chapelle Debout collective said. 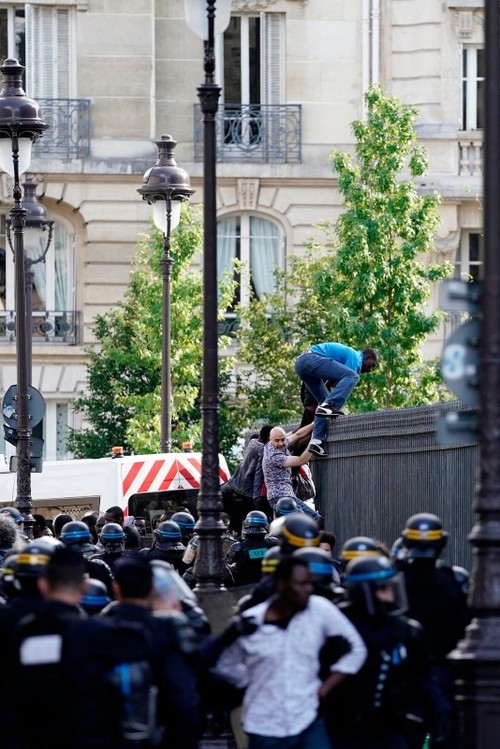 Footage posted on Twitter from inside the building's main dome showed hundreds of people waving papers in the air shouting "Black vests, black vests!" and "What do we want? Papers!"

The so-called "Black Vests" is a Paris-based migrant association that takes its name from the "yellow vest" anti-government protest movement. 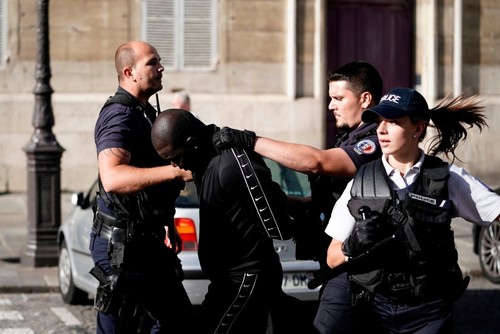 As they went inside, tourists were evacuated from the Pantheon, which is the final resting place of France's greatest non-military luminaries including the writers Voltaire, Victor Hugo and Emile Zola.

Outside, hundreds more were gathered under the watchful eyes of a heavy police presence.

In a statement, the Black Vest protesters said they wanted "papers and housing for everyone", describing themselves as "the undocumented, the voiceless and the faceless of the French Republic". 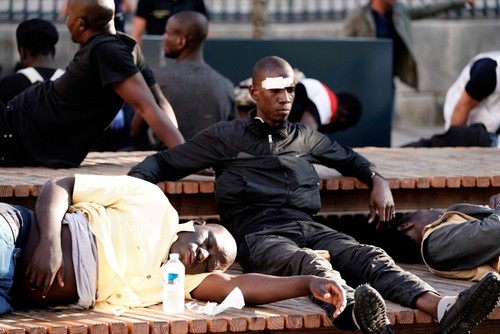 "We don't want to negotiate with the interior minister and his officials any more, we want to talk to Prime Minister Edouard Philippe now!" they wrote.

They stayed there for several hours until they were calmly evacuated through a back entrance at around 2:45 pm, AFP correspondents said.

"The Pantheon is a symbol of great men. Inside there are symbols representing the fight against slavery. We are fighting against modern-day slavery," said Laurent, an activist from French rights group Droits Devant.

"Many people have been living without rights for years. We have done this to ask the prime minister for an exceptional regularisation. There has never been such a thing since (Francois) Mitterand took power" in 1981.

The "Black Vests" are known for staging headline-grabbing protests in support of the undocumented.

In June, they briefly occupied the headquarters of the Paris-based Elior Group which works in contract catering and property.

And a month earlier, its activists occupied terminal 2F at the city's Charles De Gaulle airport against "Air France's collaboration" in the deportation of undocumented migrants.