UK will be 'slapped in the face' for seizing oil tanker off Gibraltar, Iran warns 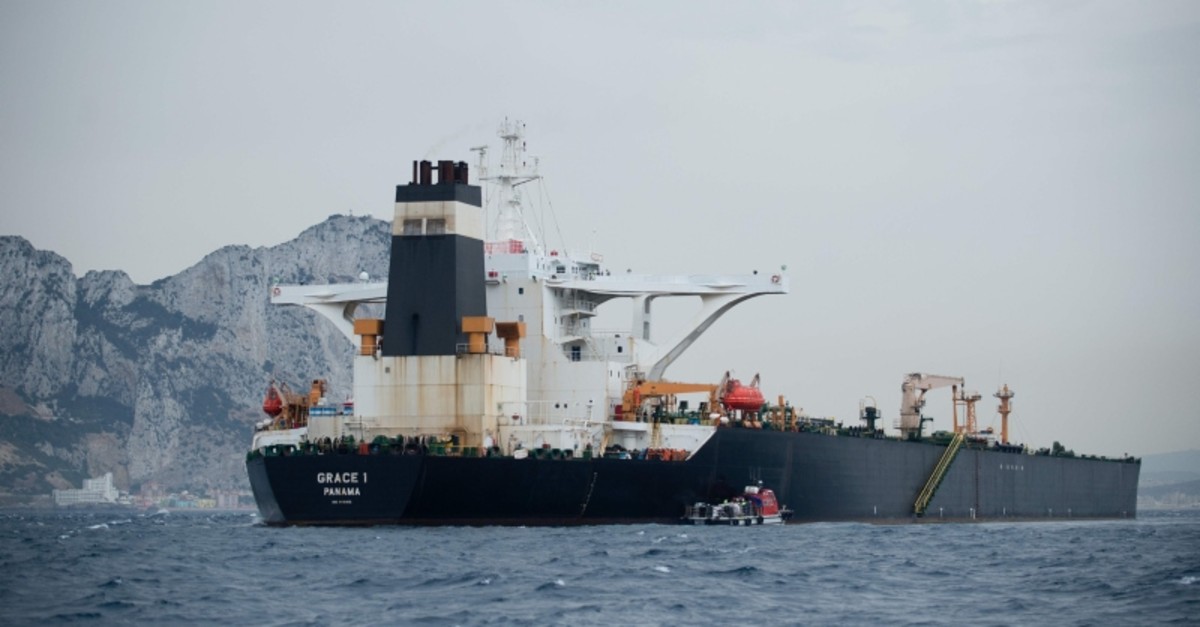 Britain will soon be "slapped in the face" for the capture of an Iranian supertanker last week, Iranian state TV quoted a cleric as saying on Friday, amid heightened tension between Iran and the West in the Gulf.

Shortly after Sedighi's comments, Sky News reported that Britain iwa sending a second warship to the Gulf amid growing tensions.

Sky said the destroyer HMS Duncan, which had been earmarked for deployment in the region anyway although not so soon, would sail to the Gulf in the next few days to join the frigate HMS Montrose.

However, Britain later said it was deploying the destroyer HMS Duncan warship to the Gulf to replace HMS Montrose.

"As part of our long standing presence in the Gulf, HMS Duncan is deploying to the region to ensure we maintain a continuous maritime security presence while HMS Montrose comes off task for pre-planned maintenance and crew change over," the government said.

"This will ensure that the U.K. alongside international partners can continue to support freedom of navigation for vessels transiting through this vital shipping."

The comments come a day after police in Gibraltar, a British overseas territory on the southern tip of Spain, said they arrested the captain and chief officer of the supertanker suspected of breaching European Union sanctions by carrying a shipment of Iranian crude oil to Syria.

Foreign Ministry spokesman Abbas Mousavi told Iranian state news agency IRNA that "the legal pretexts for the capture are not valid ... the release of the tanker is in all countries' interest."

The tanker's interception on July 4 has stoked already high tensions in the region, as the Trump administration continues its campaign of maximum pressure on Iran.

The British navy said Thursday it had stopped three Iranian paramilitary vessels from disrupting the passage of a British oil tanker through the Strait of Hormuz, the narrow mouth of the Persian Gulf. The brief but tense standoff stemmed from the U.K.'s role in seizing the Iranian tanker.

Iran recently began surpassing uranium enrichment limits set in its 2015 nuclear deal with world powers in response to President Donald Trump's decision to pull the U.S. out of the accord a year ago. He also has re-imposed tough sanctions on Tehran's oil exports, exacerbating an economic crisis that has sent its currency plummeting.