Iran tanker to be released after it proves not headed to Syria, UK FM says 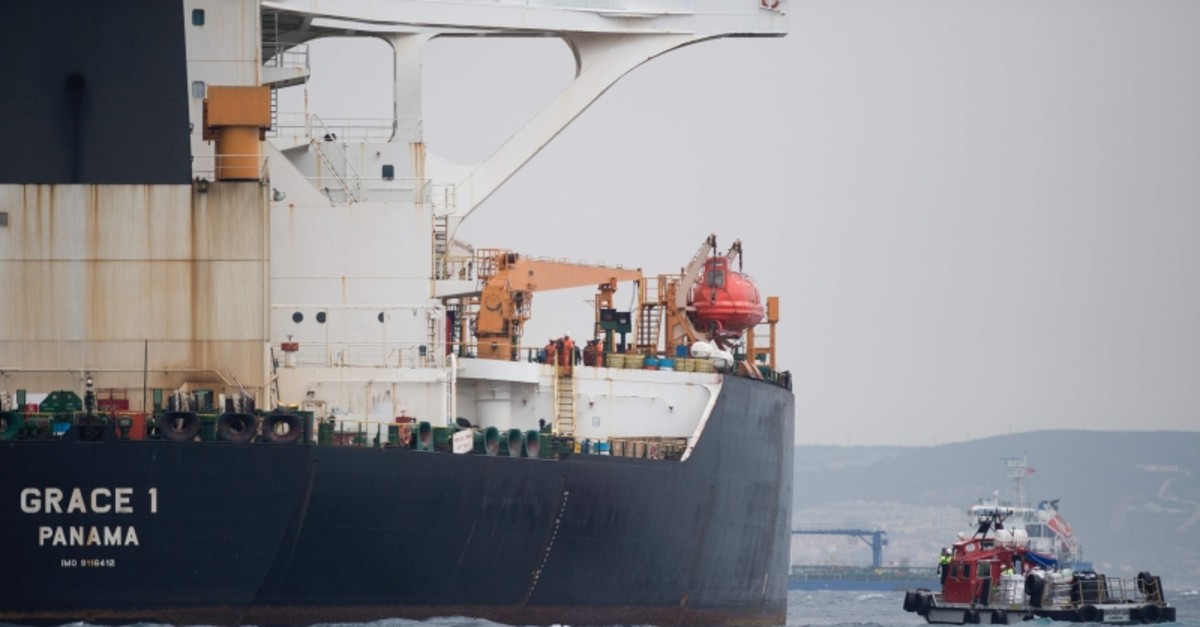 British Foreign Secretary Jeremy Hunt on Saturday told his Iranian counterpart that London would help release an Iranian oil tanker impounded in Gibraltar if it could prove the cargo wasn't going to Syria, in the first sign of ebbing tensions over the incident.

Hunt wrote on Twitter that he had spoken on the phone with Mohammad Javad Zarif, who told him that he wants to resolve the issue and is not seeking to escalate the situation. There was no immediate reaction or confirmation from Tehran on Zarif's alleged statement.

Officials in Gibraltar and the British Royal Navy had seized the Grace 1 supertanker last week near Gibraltar on suspicion of transporting crude oil to Syria in violation of EU sanctions.

The captain and three others were arrested and later released on bail.

Iran has protested the British authorities' actions, summoning its ambassador several times and calling for the ship to be released immediately. The top court in Gibraltar has ruled that the ship cannot be allowed to leave until at least July 21 at the earliest.

The incident became more inflamed on Wednesday after Britain's Defense Ministry said three Iranian ships had tried to "impede" a British oil tanker as it traveled through the Strait of Hormuz last week. Tehran denies that it was involved in the incident.