9 killed as plane crashes on skydiving trip in Sweden 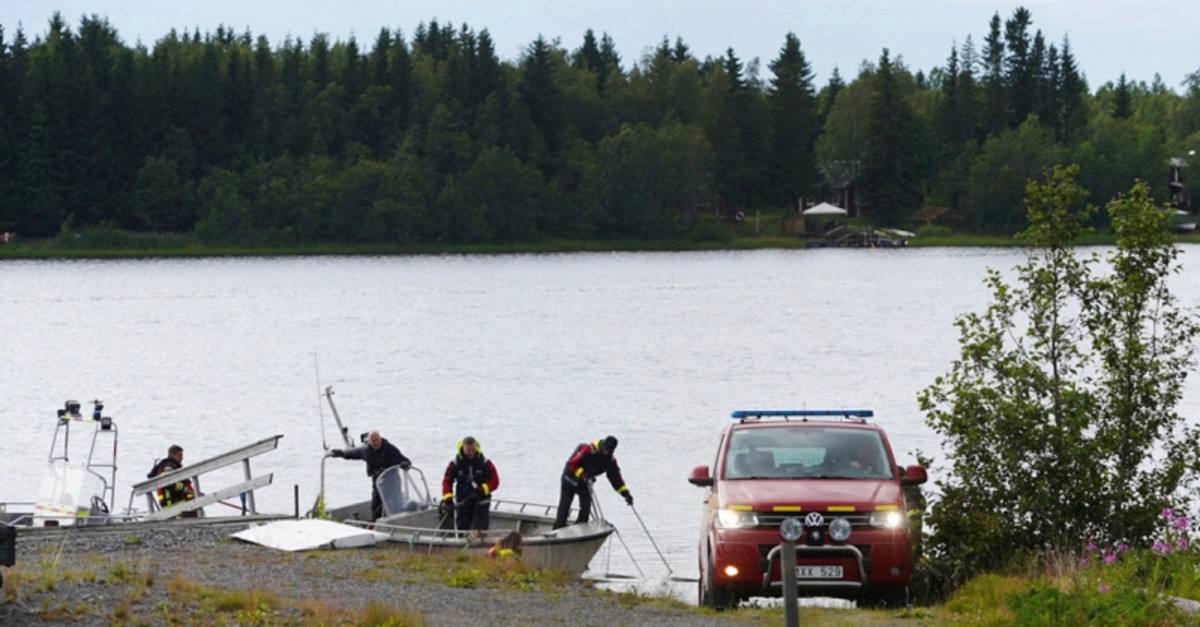 Emergency services attend the accident site at a small harbor at Ume river, outside Umea, Sweden, Sunday July 14, 2019. (AP Photo)
by reuters
Jul 14, 2019 10:46 pm
Nine Swedes were killed when their plane crashed during a skydiving trip near Umea, a small university city in northern Sweden, authorities said on Sunday.

The small plane designed to carry parachutists crashed on an island on the Ume river shortly after takeoff from Umea airport, police spokesman Peder Jonsson said, adding that those on board were on a skydiving trip.

King Carl XVI Gustaf expressed his sorrow in a statement.

"In view of today's tragic air crash outside Umea, which took nine people's lives, I want to convey my condolences. My family and I send our thoughts to their families and relatives," he said on Facebook.

Sweden's Prime Minister Stefan Lofven said the government was in close contact with the relevant authorities as they investigate the cause of the crash.