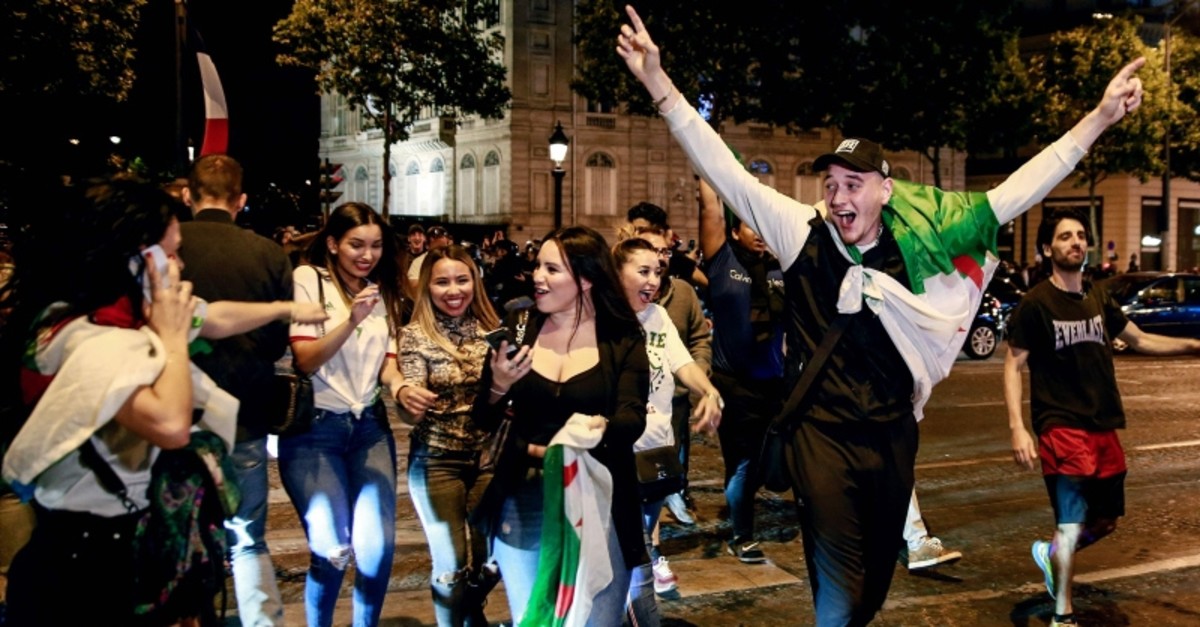 A total of 282 people were arrested in France after unrest following the Algerian football team's qualification for the final of the Africa Cup of Nations, the interior ministry said Monday.

Riotous celebrations erupted around the country after Algeria beat Nigeria 2-1 in the semifinal. The arrests were made nationwide Sunday evening, the ministry said.

Some of the arrests were also linked to unrest surrounding events marking France's national day celebrations on Sunday.

Unruly scenes erupted in Paris, Marseille and Lyon. Fifty people were arrested in the French capital and there were incidents between football fans and police on the Champs-Elysees avenue.

Dozens of cars were torched overnight in the eastern city of Lyon.

Interior Minister Christophe Castaner on Monday congratulated police and firemen for their "speedy reaction and professionalism which contained the violence and to the perpetrators" being apprehended.

Of those arrested, 249 people were in custody.

On the same day in the southern city of Montpellier, an Algerian football supporter celebrating his team's win lost control of his car at high speed and ran into a family, killing a woman and seriously injuring her baby.

Paris and Marseille are home to large minority communities of Algerian origin. Football celebrations, with supporters brandishing large national flags, have on occasion been a source of tensions.