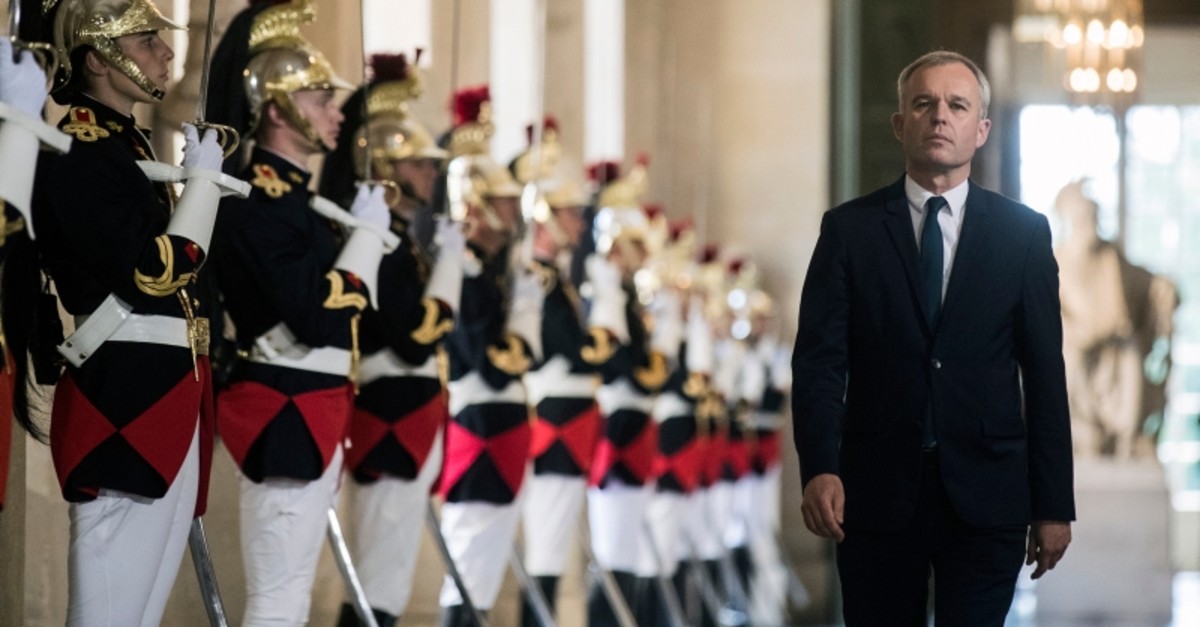 France's Environment Minister Francois de Rugy on Tuesday said he was resigning after reports accusing him of extravagant spending, including on luxury dinners, but lashed out at what he described as a "media lynching."

"The attacks and media lynching targeting my family force me to take the necessary step back... I presented my resignation to the prime minister this morning," said Rugy, who also held the post of minister of state which made him the No. 2 in the government after Prime Minister Edouard Philippe.

The Mediapart investigative website came out with claims last week that Rugy hosted lavish dinners -- allegedly for friends -- while serving as parliament speaker.

Mediapart said that the dinners hosted by Rugy included luxuries like lobster, champagne and vintage wines from parliament's cellar.

Most damagingly, it alleged that the dinners had little connection to his function and were essentially social gatherings hosted by his wife, a journalist with the people magazine Gala, and funded by the taxpayer.

On a visit Thursday to the central town of Deux-Sevres, the minister was met by a giant inflatable lobster and protesters brandishing slogans like "were the lobsters organic?"

Rugy has not denied the existence of the dinners -- Mediapart listed a dozen between October 2017 and June 2018 -- but insisted they were linked to his work, defending the gatherings as "informal working dinners."

He told BFM he has "never paid more than 30 euros for a bottle of wine," doesn't eat lobster because of a "shellfish allergy," and avoids champagne, which "gives him a headache."

In another blow, French daily Le Parisien reported Friday that Rugy's wife used public money to buy herself a golden hairdryer worth 499 euros ($561). He said the claim was a "lie."

Rugy suggested someone had an ax to grind against his wife, slating Mediapart for indulging a "fantasy of lopping off heads" in seeking to portray her as a kind of "Marie-Antoinette." Whoever that person was, he said, was looking to "settle scores."

Rugy said he was the victim of "a machine launched to attack me" but pledged to "pay back every euro disputed."

He also did not deny renting the apartment near Nantes in western France, but insisted his landlord and letting agency never told him it was social housing.

"Never in my life have I applied for a council flat," he said.

Philippe's office said Thursday it had asked for an enquiry into a separate Mediapart report into 63,000 euros (71,000 dollars) worth of renovations in Rugy's townhouse in Paris' chic seventh district.

Mediapart, which was founded in 2008 by former Le Monde editor-in-chief Edwy Plenel, has repeatedly published stories that have made it a thorn in the side of the establishment and triggered investigations.

The revelations come as the centrist government of President Emmanuel Macron looks to recover from six months of anti-government protests sparked by economic inequality and claims that French leaders are out of touch with ordinary people.