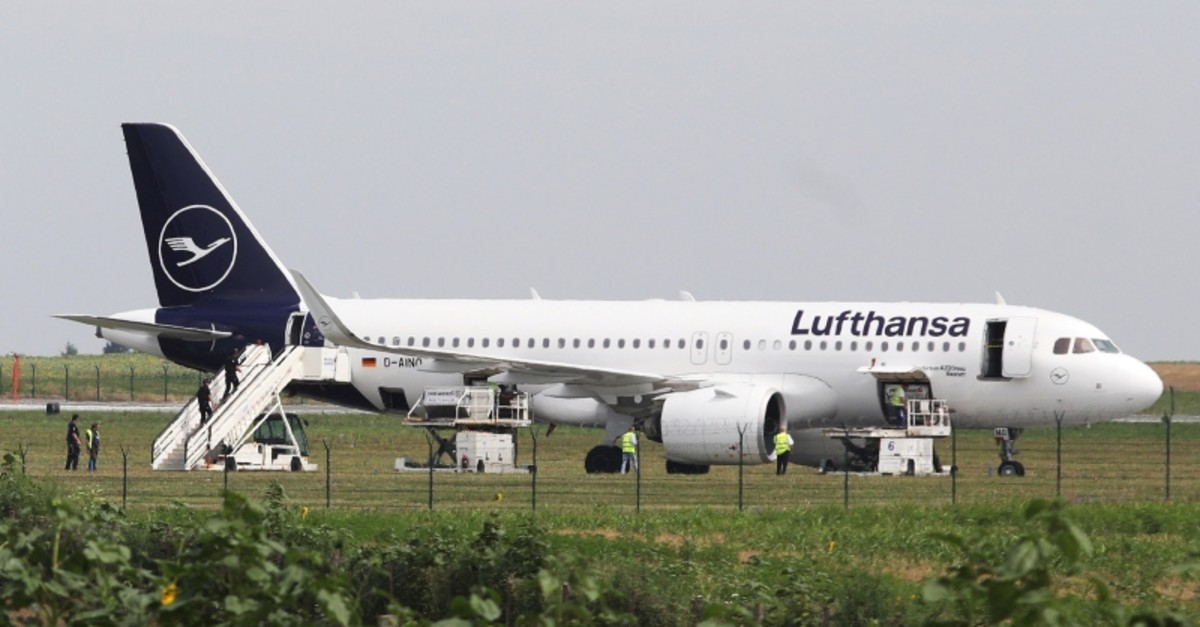 A Lufthansa plane bound for Frankfurt was evacuated at Belgrade airport on Thursday after police received a call saying a bomb was on board, the Serbian interior ministry said.

Serbian state TV said 130 passengers and five crew members have been evacuated after boarding the 6.15 a.m. (0415 GMT) LH 1411 flight, and the plane was taken off the runway. Special police units were deployed to search the plane.

"This morning at 6 a.m. an unknown person called and reported there was a bomb on the plane bound for Frankfurt," the Interior Ministry said in a statement.

"The police are investigating whether it is a false alarm and are also working to identify the person who called," it said.

A Lufthansa spokesman confirmed the plane was being checked by authorities.