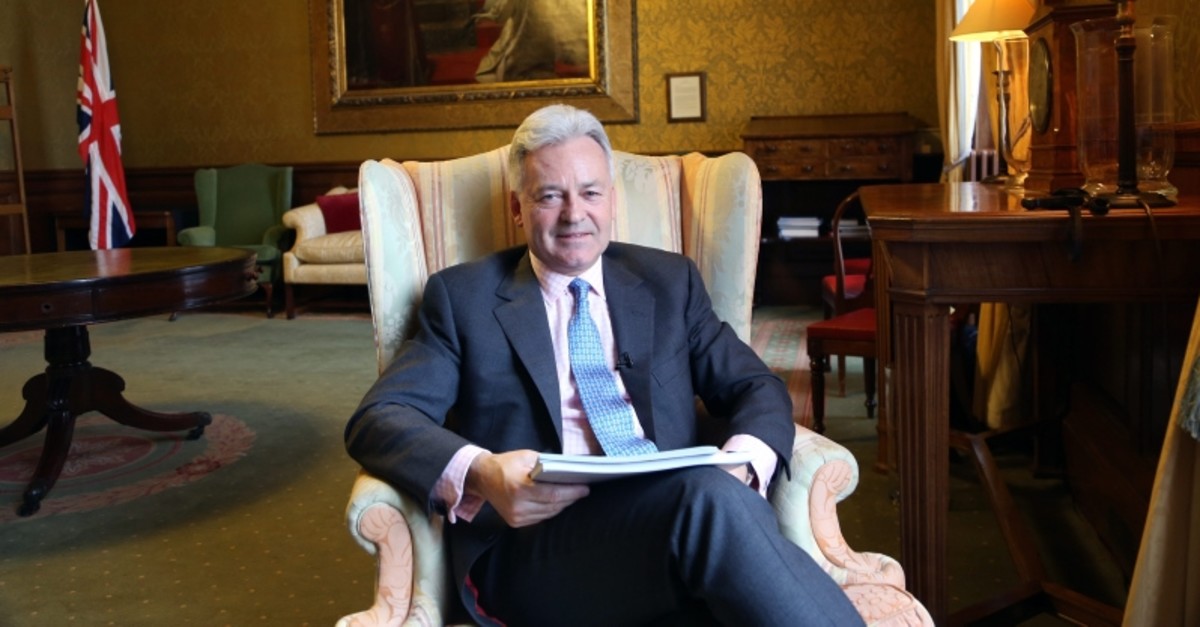 Another British minister quit on Monday, the latest resignation before the country's presumed new prime minister Boris Johnson takes office and could launch a policy to lead Britain out of the European Union without a deal.

Alan Duncan, who was looking after European and American affairs, served as a senior minister in the Foreign and Commonwealth Office, under outgoing Prime Minister Theresa May since July 2016. He was the first European politician to visit Turkey, following the bloody defeated coup attempt in 2016.

His decision to step down comes as little surprise. Duncan has shown no reticence in criticizing Johnson, his former boss at the foreign office, once describing him as a "circus act."

Duncan's resignation underlines the strength of feeling in the governing Conservative Party and parliament against a no-deal Brexit which many businesses say would be catastrophic for the economy.

His move follows last week's resignation of Margot James, a culture minister when she described Johnson's do-or-die promise to leave the EU by Oct. 31 with, or without, a deal as "quite incredible" for going against business organizations.

On Sunday, Finance Minister Philip Hammond also said he would resign rather than be sacked by Johnson, promising to fight with others in parliament to stop a no-deal Brexit.

A Foreign Office spokeswoman confirmed that Duncan had resigned.

If the polls and bookmakers are right, Johnson will become Britain's new prime minister on Wednesday and will immediately face the riddle that is Britain's Brexit negotiation.

Johnson, a former London mayor, has said he will ramp up preparations for a no-deal exit to try to force the EU's negotiators to make changes to the agreement that Prime Minister Theresa May sealed and British lawmakers voted down three times.

But opposition in parliament to leaving without a deal is growing and the EU is refusing to budge over the withdrawal agreement.
Last Update: Jul 22, 2019 5:11 pm