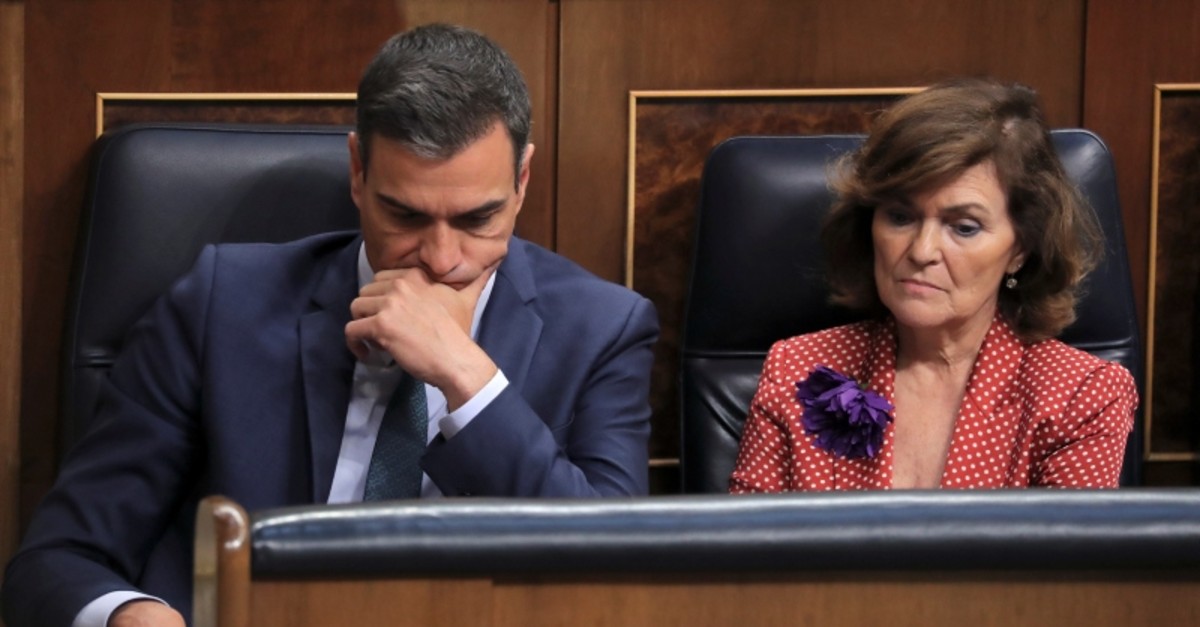 Spain's caretaker Socialist prime minister Pedro Sanchez lost a parliamentary vote of confidence on Thursday after talks with the far-left to form a coalition government failed.

Apart from the 123 lawmakers of his Socialist Party, just one other deputy from a marginal regional grouping voted for Sanchez, while 155 lawmakers voted "no" and there were 67 abstentions, leaving him far short of the simple majority he needed.

Sánchez had tried to entice the far-left United We Can (Podemos) party into a government coalition, but the two rivals failed to agree on how to divvy up Cabinet posts and other powerful positions.

Sanchez rejected the latest counteroffer from the Podemos party, seen as the ruling Spanish Socialist Workers's Party's (PSOE) most likely coalition partner, just before the second confidence vote, failing to secure any consensus with the party.

"I must say, that between parties of the left, the forming of a government should have been guaranteed from the first day," Sánchez said. "The deal has not been possible. I lament the historic opportunity that is slipping away.

Lawmakers now have until Sept. 23 to break the deadlock or Spain's fourth national election in five years will be triggered.

Sánchez could try again during that period given that the three parties on the right can't reach a majority by themselves.