UK gov't to spend more than $120M to prop up support for Johnson's Brexit plan: report 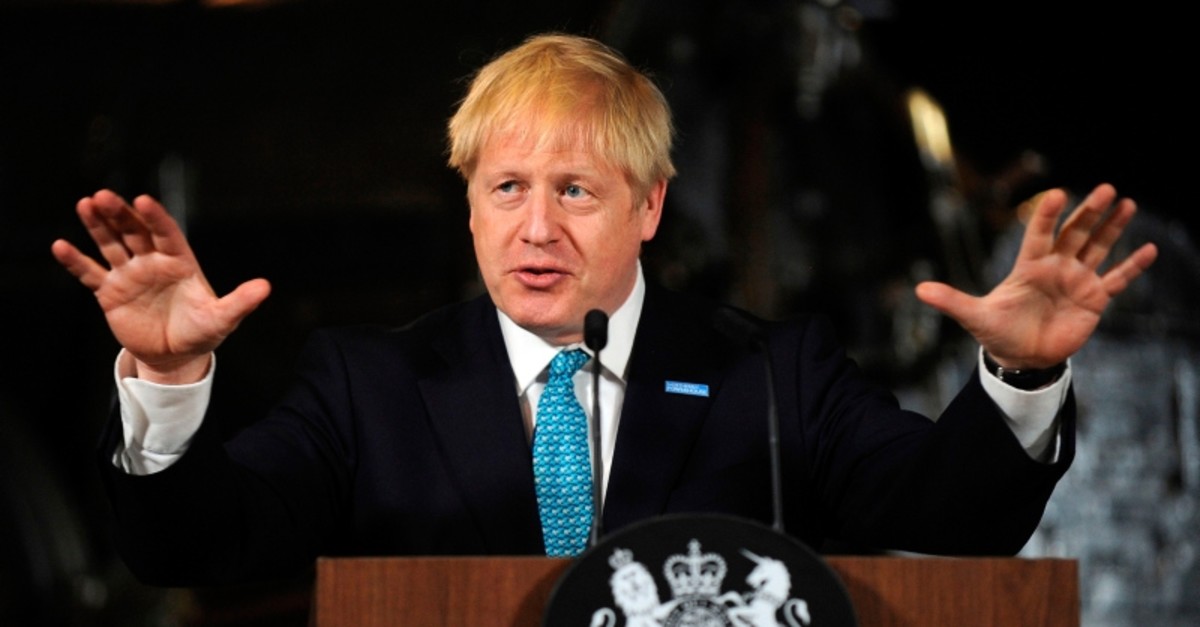 Britain's Prime Minister Boris Johnson gestures as he gives a speech on domestic priorities at the Science and Industry Museum in Manchester, northwest England on July 27, 2019. (AFP Photo)
by Jul 29, 2019 2:03 pm

British Prime Minister Boris Johnson is to launch the biggest government propaganda campaign since World War II in a bid to rally the public behind his Brexit plan, The Daily Telegraph reported on Monday.

Johnson's new Conservative government will spend some 100 million pounds (123 million dollars) on advertising over the next three months as a major part of the campaign, the newspaper quoted unidentified government sources as saying.

It said the drive will be "the biggest advertising campaign since the Second World War to get Britain ready for a no-deal Brexit, with an unprecedented marketing blitz on billboards, radio and television."

Scottish First Minister Nicola Sturgeon, who is scheduled to meet Johnson on Monday, tweeted that the reported funding of the campaign was "a shameful waste of money."

Johnson has vowed to withdraw Britain from the EU by the delayed exit date of October 31, with or without a deal.

His government is "operating on the assumption" that Britain will leave without a deal, Cabinet Office minister Michael Gove wrote in The Sunday Times.

Gove, who is in leading the no-deal preparations, said "the entire machinery of government will work flat-out" to prepare for a no-deal Brexit.

The Telegraph said Johnson ordered his ministers on Sunday to "go into overdrive to prepare for a no-deal exit," launching daily cabinet briefings on progress.

Chancellor of the Exchequer Sajid Javid wrote in The Sunday Telegraph that the government will fund one of Britain's "biggest ever public information campaigns" to prepare individuals and businesses for a no-deal Brexit.