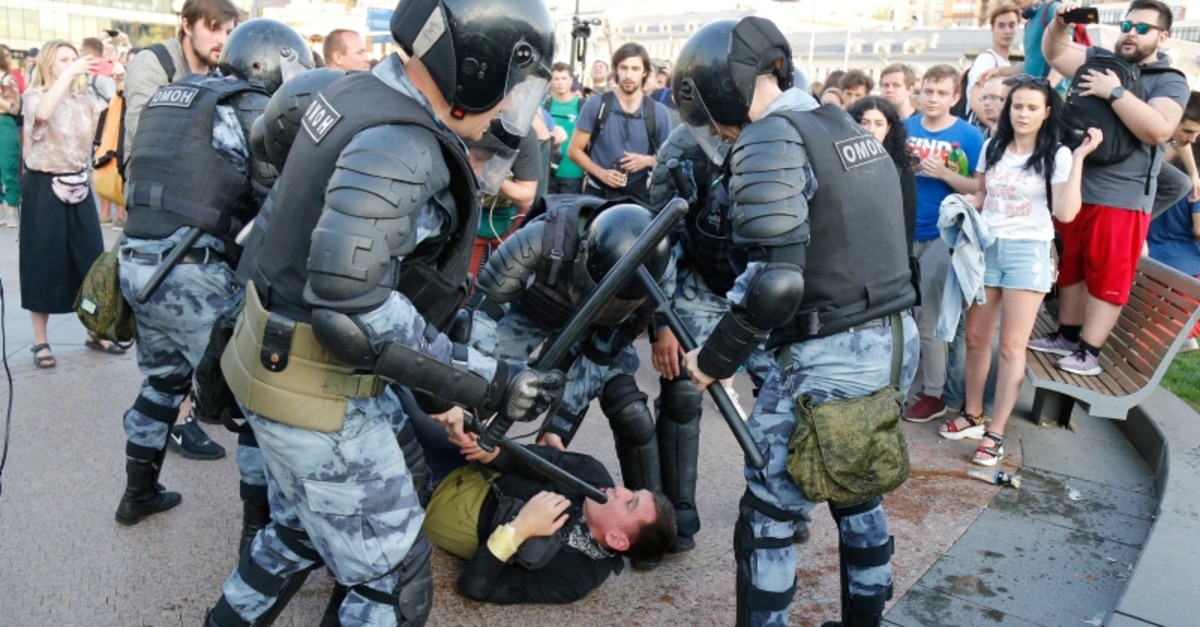 Russian police appear to have used excessive force against protesters at the weekend, allegedly injuring more than 70, and may have violated their basic right to freedom of expression, the United Nations said on Tuesday.

Russian police rounded up more than 1,000 people in Moscow on Saturday in one of the biggest crackdowns of recent years against an increasingly defiant opposition decrying President Vladimir Putin's tight grip on power.

"We are concerned that the Russian police appear to have used excessive force against the protesters during the rally in central Moscow on Saturday," Colville told a briefing.

"When managing crowds in Russia as anywhere else, use of force by the police should always be proportionate to the threat, if there is one, and should only be employed as a measure of last resort," he said.

Russian authorities should allow people to organize and take part in peaceful assemblies without restrictions, he said.

The U.N. human rights office was concerned at reports that some people in custody were denied access to lawyers, or to food and water, Colville said, noting that these were basic rights guaranteed under international law ratified by Russia.

Regarding the commission's move to disqualify candidates for alleged forgery of voters' signatures, he said: "The issue here is whether really all these 57 candidates should have been excluded, whether it was a cast-iron case that these signatures were forged.

"And the fact that they were all either opposition or independent candidates has fueled the notion among the demonstrators certainly that something is not correct here."