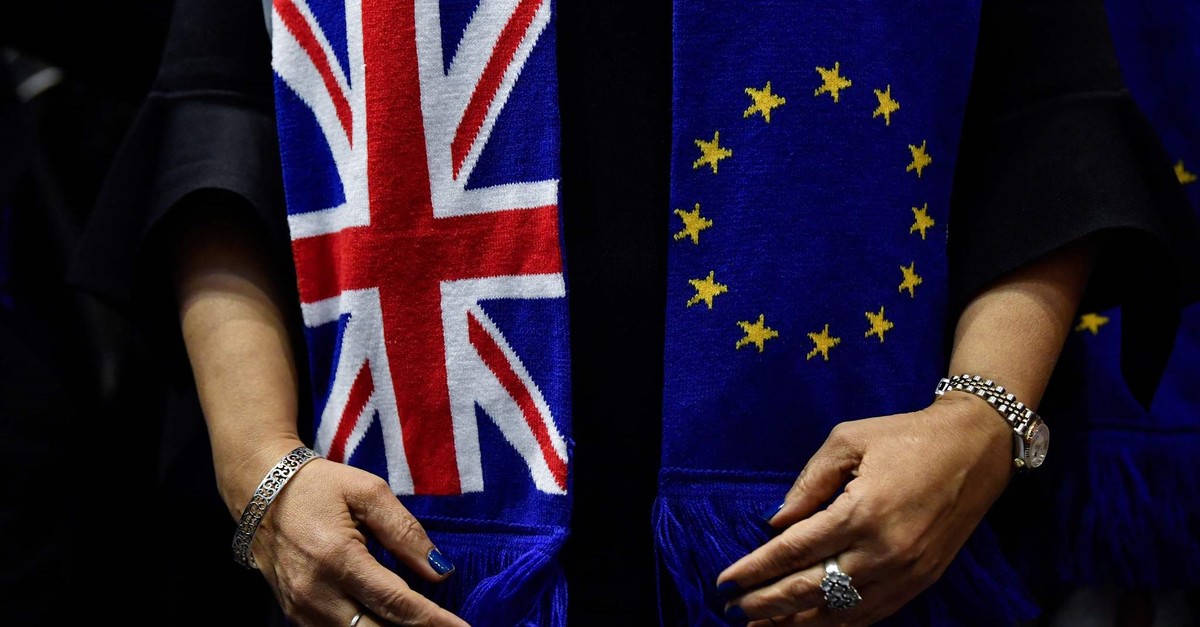 Xenophobic signs demanding residents of a block of flats in Norwich, England to speak only English has drawn censure.

The notices, titled "Happy Brexit Day," were first spotted by a resident of Winchester Tower on Friday morning, the day of the U.K.'s departure from the European Union.

The resident said the signs were posted on all 15 floors and he reported them to the police, according to the initial report by the Eastern Daily Press.

The signs read: "As we finally have our great country back we feel there is one rule that needs to be made clear to Winchester Tower residents. We do not tolerate people speaking other languages than English in the flats. We are now our own country again and the the Queens (sic) English is the spoken tongue here."

"If you do want to speak whatever is the mother tongue of the country you came from then we suggest you return to that place and return your flat to the council so they can let British people live here and we can return to what was normality before you infected this once great island," the notice continued.

The sign said "you won't have long" before the British government implements "rules that will put British first."

"So, best evolve or leave," it stated.

The resident who reported the signs was quoted by the BBC as saying: "It's heartbreaking that someone could think like this. It's heartbreaking not only for those it's directed at but also for the person posting it."

The caretaker removed the signs after the resident alerted him to them.

After 47 years in the EU, the United Kingdom ended its membership on Friday. The decision has produced anxiety among foreign residents of the country who are unsure of what their future will hold, as well as among minority citizens, who have been increasingly targeted in xenophobic attacks in recent years.