Merkel's heir gives up on chancellor role after vote fiasco 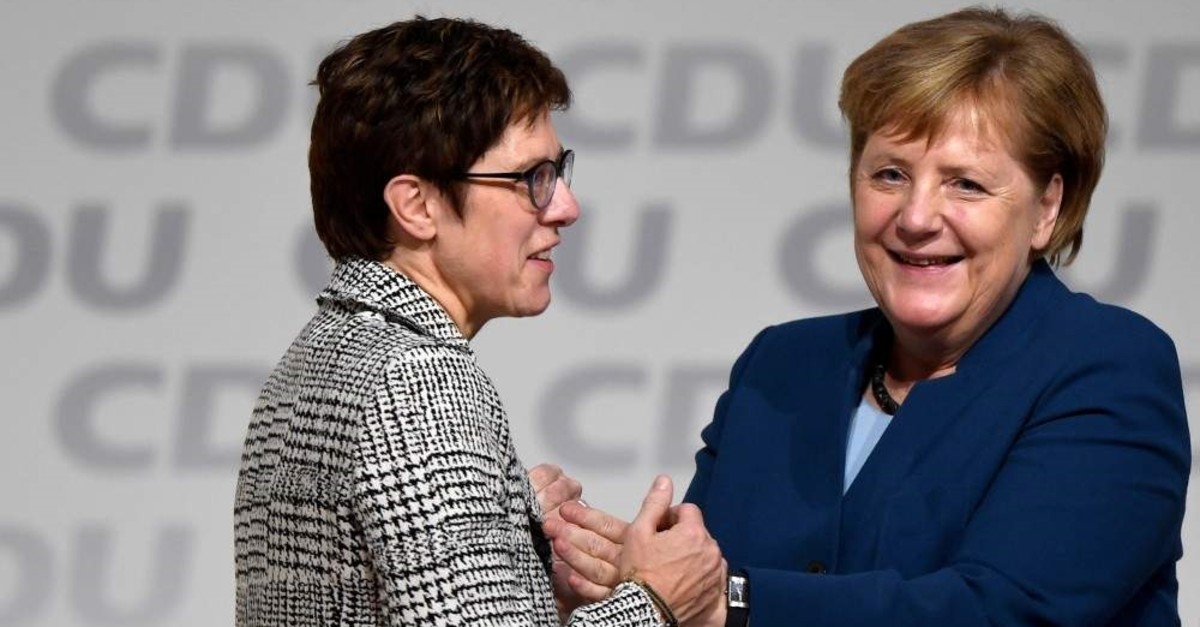 Annegret Kramp-Karrenbauer, the leader of German Chancellor Angela Merkel's conservative Christian Democrats (CDU) and her protegee, will not run for chancellor in next year's federal election, a source in her party said Monday.

The move came after her inability to impose discipline on the party in the eastern state of Thuringia which further damaged her credibility.

Kramp-Karrenbauer has been struggling to assert control over her conservative party after a series of scandals following last week's vote in the state legislature of Thuringia, which saw members of her CDU vote alongside the far right to elect the head of government there. The shocking election of a state premier with the help of the far-right Alternative for Germany (AfD) triggered national outrage. Merkel called the selection of a state leader with a majority made possible by AfD votes "unforgivable."

Working with the AfD, an anti-immigrant party accused of harboring Nazi sympathizers has been a red line for German establishment parties. News that the CDU and AfD had supported the same candidate in the small central state led thousands to hold protests in cities across Germany. Thomas Kemmerich of the pro-business Free Democratic Party (FDP) officially left his post Saturday due to the escalating political crisis.