Crime and Punishment Festival has a migrant theme 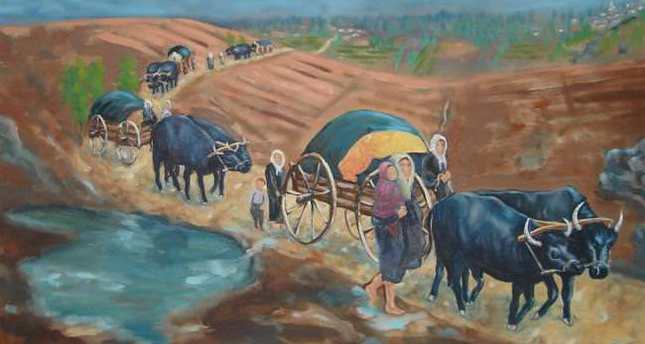 by daily sabah
Nov 08, 2014 12:00 am
The fourth edition of the International Crime and Punishment Festival kicked off on Thursday this week with a special focus on one of today's biggest problems - migration. Gathering the academy and cinema fields under the same roof, the international event opened with an official ceremony at Cemal Reşit Rey (CRR) Concert Hall. "The Immigrant," directed by James Gray starring Joaquin Phoenix and Marion Cotillard, made its Turkey debut during the ceremony. The film depicts the story of two sisters who migrated from Poland to New York in the 1920s.

Professor Kemal Kirişçi, a senior researcher at TÜSİAD (Turkish Industry and Business Association) was given the "Award of Academy" while master director Tunç Başaran, known for his film "Uçurtmayı Vurmasınlar" (Don't let them shoot the kite), received an "Honorary Cinema Award." The films which will compete at the International Golden Scales Feature-Length Film Competition were also announced at the ceremony.

Thirty films will be screened throughout the festival along with short and feature-length competition films to be shown at Istanbul Rex and Atlas Movie Theaters. This year's festival themes are "justice" and "migration." Aside from film screenings, panel discussions will take place with the participation of expert speakers specialized in the field of "crime," "punishment" and "justice." These subjects will be dealt with through the perspectives of academy and world cinema. Some of the panel sessions include: "Migration Forum from National and International Perspective in Turkey," "Social Acceptance and Adaptation of Syrian Refugees in Turkey" and "The Refugee Issue and The Causes of Refugee Problems in Turkey." The discussions will be followed by a round-table session about cinema and justice. All panel discussions will take place at CRR Concert Hall, the Lütfi Kırdar Congress and Convention Center and the Istanbul University Congress Center.

The festival was originated by Professor Adem Sözüer of Istanbul University's Faculty of Law with the motto "Justice for All." It will continue until Nov. 13 free of charge. Tickets are available at Biletix box offices. More details about the festival's program and films are available at www.icapff.com.