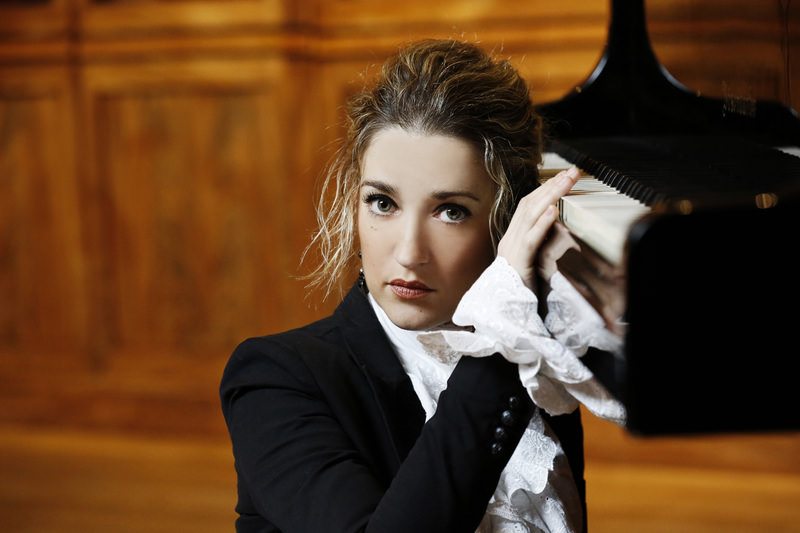 by daily sabah
Oct 12, 2015 12:00 am
French piano virtuoso Laure Favre-Kahn will be the guest of Istanbul Recitals next month. She will perform pieces from her latest album devoted to Chopin at the Seed stage. Her international awards as well as influential interpretations of Chopin have impressed large audiences at prestigious concert halls. She studied piano at the Paris Conservatoire where she was awarded a Premier Prix at the age of 17. She makes regular appearances as a soloist or chamber musician in France, Europe, the U.S. and Asia. Following her 1998 Chopin album she performed at the Cannes Midem Music Festival. In 2001 she won the first prize at the International Pro Piano Competition in New York and gave a recital at Carnegie Hall the same year. Favre-Kahn gives concerts with her stage partner Nemanja Radulovic. "Chopin himself would have been impressed if he had known the talented, delightful Laure Favre-Kahn," the French journal L'Union de Reims said.

Where: Sakıp Sabancı Museum, The Seed