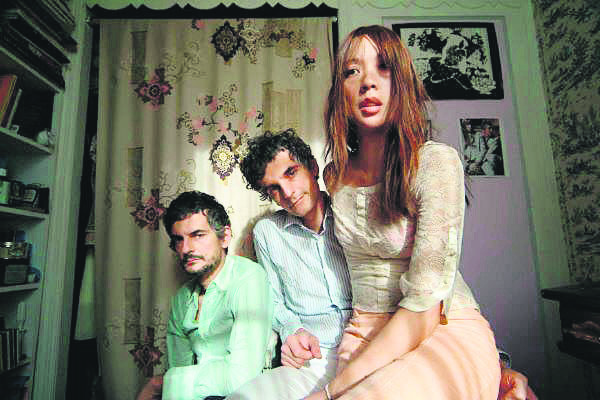 by Daily Sabah Dec 14, 2015 12:00 am
Blonde Redhead will take the stage at Babylon Bomonti tomorrow at 10:00 p.m. Before the performance of the sensational trio, Can Güngör will take the stage as the opening act and heat up the atmosphere for Blonde Redhead. The band Blonde Readhead was formed after Simone and Amedeo Pace met Kazu Makino at an Italian restaurant. The trio tells a different story in each of their nine studio albums and stands out for their unique style in the music industry. Blonde Redhead released cult singles such as "Elephant Woman," "Misery Is a Butterfly" and "Dr. Strangeluv" and continues to rise with their last album "Barragán." Turkish songwriter, composer, producer and multi- instrumentalist Can Güngör released his first EP, which is composed of two songs, toward the end of 2014. Before deciding to go on with his solo musical career, Güngör worked with various bands and contributed to the albums of several artists.