Presidential Orchestra to celebrate the New Year with concert 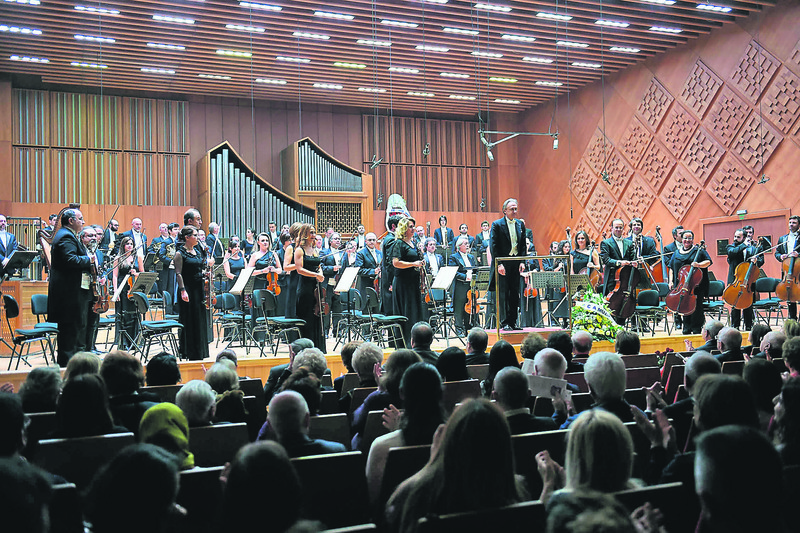 by Daily Sabah Dec 25, 2015 12:00 am
The Presidential Symphony Orchestra of the Republic of Turkey will celebrate 2016 with their "New Year Concert" on Dec. 28 at the Ankara Sports Hall. Under the baton of maestro Rengim Gökmen, the performance will feature the best in classical music for Ankara's music lovers. The roots of the orchestra trace back to the Ottoman sultan Mahmud II. Under his orders, the Mehter Band was transformed into a western band directed under principal conductor Giuseppe Donizetti on Sept. 17, 1828.Since then, the Presidential Orchestra has played in Germany, Austria, Bulgaria, Romania, Italy, France, Switzerland, Iran, Iraq, Lebanon, Sweden, Norway, Finland, Spain, Poland, South Korea, Japan, the U.S and the U.K.