Antalya Opera to perform last show of ‘The Nutcracker' 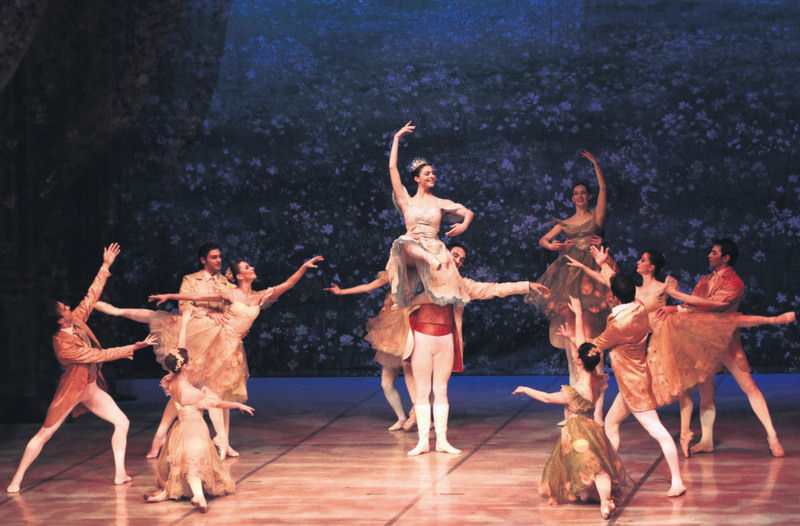 by daily sabah Jan 06, 2016 12:00 am
Antalya State Opera and Ballet will stage Tchaikovsky's "The Nutcracker" for the last time this season tomorrow at the Haşim İşcan Cultural Center. The choreography of the ballet was designed by Mehmet Balkan, the orchestra will be conducted by Hakan Kalkan and it is directed by Lale Balkan. The decor, costumes and lighting were designed by Gürcan Kubilay, Aydan Çınar and Mustafa Eski, respectively. "The Nutcracker," which premiered in St. Petersburg in 1892, was originally adapted to the stage by Marius Petipa. The two-act ballet was adapted from Amadeus Hoffman's fictional story "The Nutcracker and the Mouse," which was also rewritten by Alexander Dumas. One Christmas night, the Stahlbaum family throws a party. Godfather Drosselmeyer brings presents to the children and the most beautiful one is Clara's. Fritz envies his sister's present and breaks it. Clara, who is upset, falls asleep under the Christmas tree with the nutcracker on her lap. She wakes up in the middle of the night, sees that the nutcracker has come to life and an army of mice swarm the living room, which begins the magical story of the nutcracker fairy tale.